Last week, Sonaca Aircraft took possession of its new premises. They are located at Namur airfield (EBNM) in Belgium, and include an assembly hall with an area of 2,000 m², offices and a showroom. The building has been designed to receive customers and visitors in optimum conditions. Because of these new facilities, Sonaca Aircraft is preparing to ramp up its pace and produce two planes per month from summer 2019.

The official inauguration is scheduled for September 2019!

In June 2019, six Sonaca 200s have already been delivered and are being operated by flight schools and flying clubs. About fifty aircraft have been ordered by customers in Belgium, France, Germany, Turkey, UK, …

Sonaca Aircraft is a subsidiary of the Sonaca Group, a major stakeholder for over 80 years in the development, manufacture and assembly of advanced aeronautical structures for the civil, military and space markets. With a start-up capital of more than 3 million euros, Sonaca Aircraft is 90% owned by the Sonaca aeronautics original equipment manufacturer. Sonaca Aircraft’s activity covers the development, certification and marketing of the single-engined two-seater aircraft "Sonaca 200" specially designed and adapted for pilot training and recreational flights. EASA-certified in the CS-VLA airworthiness category, the Sonaca 200 stands out due to its robust structure which is entirely made of metal, its sound handling, its high payload mass, and its very low operating cost thanks to the expertise of a global aeronautics group. 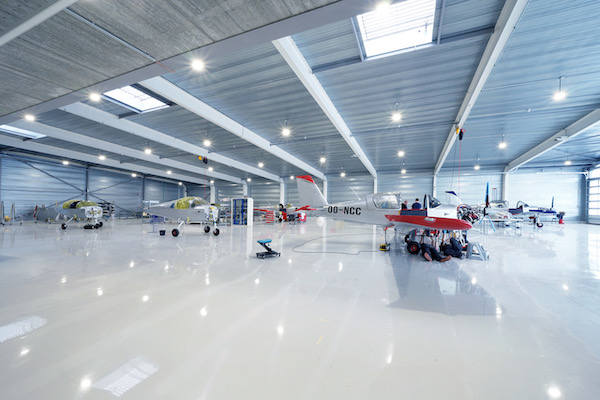 After unveiling Maker, Archer adds talents to the team

On June 10, Archer debuted its first demonstrator aircraft, capable of a 60 mile range at 150mph. The intimate, COVID-safe in-person event was held at the Hawthorne Hangar Operations and utilized...

Rolls-Royce is entering new aviation markets to pioneer sustainable power and as part of that mission we will be developing energy storage systems (ESS) that will enable aircraft to undertake zero emi...