The latest Sandhills Global market report on the aviation industry reflects a third consecutive month of inventory expansion across all categories after a long, steady decline. However, the recent sustained growth in inventory levels hasn't reversed the rise in asking values for piston single or turboprop aircraft in Sandhills marketplaces. Pre-owned aircraft on the market are still relatively scarce in comparison with a year ago.

The key metric used in all of Sandhills' market reports is the Sandhills Equipment Value Index (EVI). Buyers and sellers can use the information in Sandhills EVI to monitor equipment markets and maximize returns on acquisition, liquidation, and related business decisions.

Chart Takeaways
This report includes detailed analysis of asking values and inventory trends in the worldwide used aircraft market along with charts that help readers visualize the data. It describes and quantifies important trends in the buying and selling of used piston single, turboprop, and jet aircraft. 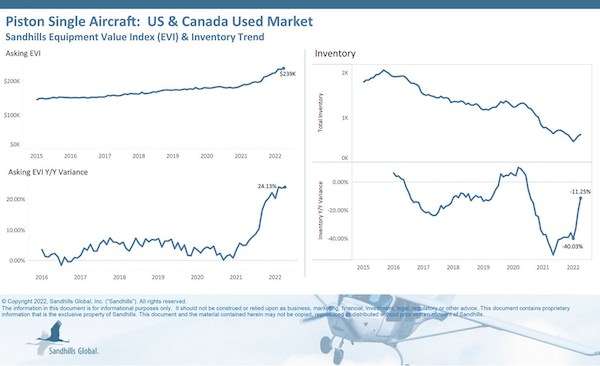 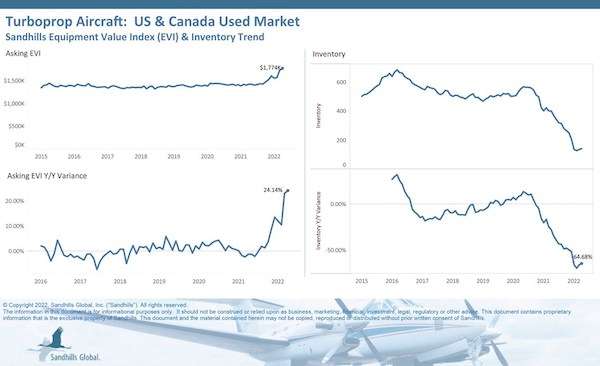 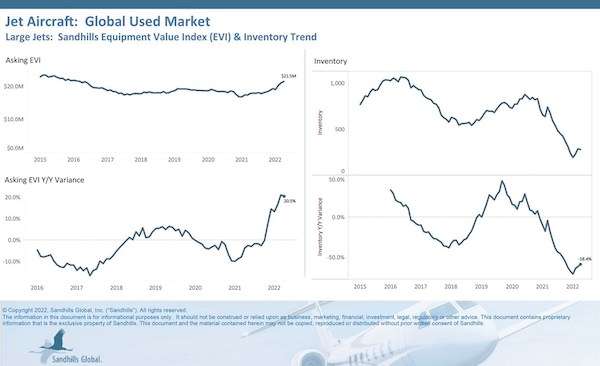