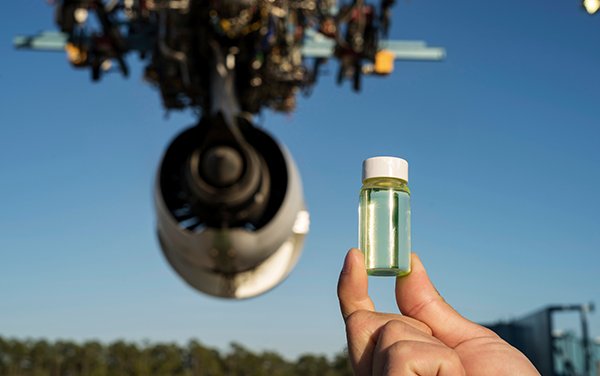 Pratt & Whitney has successfully tested the GTF Advantage engine configuration with 100 percent sustainable aviation fuel (SAF). The test took place at the company’s facility in West Palm Beach, Florida, USA starting on March 1 and marks a key step on the road toward 100 percent SAF operation of GTF-powered aircraft. The test is also a key element of an extensive development program to ready the GTF Advantage for entry into service in 2024, by validating the engine’s performance on 100 percent SAF in thrust transients, starting and operability.

“We’re thrilled to have successfully tested the GTF Advantage engine on unblended SAF,” said Graham Webb, chief sustainability officer at Pratt & Whitney. “The GTF Advantage represents the greenest, lowest emission engine in the industry, and it is now demonstrating full operational capability for the greenest aviation fuels of today and tomorrow. Operation on 100 percent SAF is a key component of the industry’s commitment to net zero carbon emissions by 2050 and the completion of these tests get us closer to that goal.”

ratt & Whitney has been actively involved in testing SAFs for almost two decades and helped to establish the technical standards that allow today’s engines to operate on SAF blends of up to 50 percent with standard kerosene. Pratt & Whitney is working towards validating its engines to operate with 100 percent SAF, and the company continues to collaborate closely with the Commercial Aviation Alternative Fuels Initiative (CAAFI) and ASTM International in service of that goal.

“Sustainable aviation fuels are central to the challenge of decarbonizing aviation and reaching our industry’s net zero goal. Validating and certifying the GTF Advantage engine on 100 percent SAF will ensure this engine’s ability to deliver sustainable propulsion to our customers over many decades of service,” said Sean Bradshaw, technical fellow for sustainable propulsion at Pratt & Whitney. “We remain dedicated to working with the industry on creating a viable path for SAF development, production and distribution.”

Pratt & Whitney used 100 percent Hydroprocessed Esters and Fatty Acids Synthetic Paraffinic Kerosine (HEFA-SPK) fuel acquired from World Energy for the test. HEFA-SPK is a specific type of hydrotreated vegetable oil fuel used in aviation and is considered a leading alternative replacement for conventional jet fuel by CAAFI due to the sustainability of its feedstock.

The GTF is the world’s most efficient and sustainable single-aisle aircraft engine. The GTF family has lowered fuel consumption and carbon emissions up to 20 percent compared to prior-generation engines. As a result, GTF engines have saved more than 600 million gallons (two billion liters) of fuel and more than six million metric tonnes of CO2 since entering service in 2016. The engine’s revolutionary geared fan architecture is the foundation for more sustainable aviation technologies in the decades ahead. Learn more at pwgtf.com. 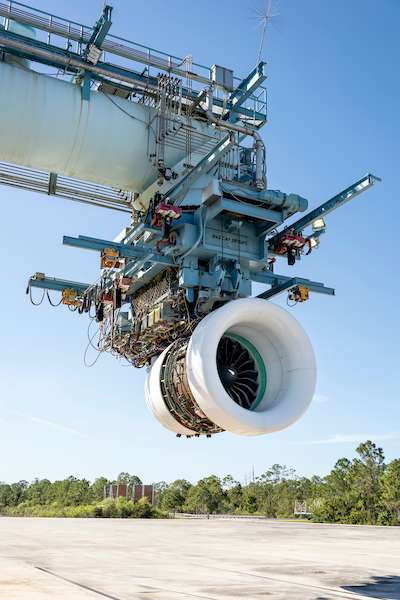