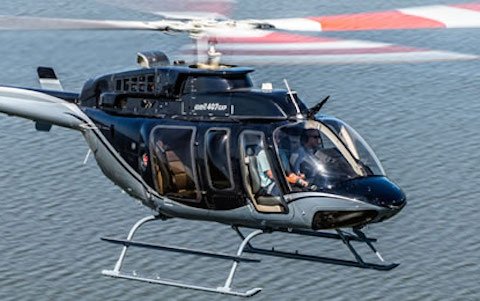 Precise Flight has announced that Bell has selected its patented Pulselite System® as standard equipment for the Bell 407GXi.

The Pulselite® System is an FAA certified lightweight electrical system controller that alternately pulses the landing and auxiliary lights of a helicopter, thereby increasing its visibility and reflecting the speed and directional movement of the aircraft. In addition to enhancing the margin of safety by increasing aircraft recognition, the Pulselite® System has been proven to significantly reduce bird strikes.

“The Bell 407GXi was introduced to signal Bell’s commitment to providing our global operators with the most capable and innovative aircraft in the market,” said Eric Sinusas, Program Director, Light Aircraft. “We believe the incorporation of the Pulselite System as standard equipment is a great addition to this aircraft as it supports operations in the most demanding environments.”

“The Bell 407 is one of the most innovative and successful programs in the global rotorcraft industry,” said Doug La Placa, Chief Executive Officer of Precise Flight, Inc. “Precise Flight is honored to supply the Pulselite System to the Bell 407 program, and we are excited to share the many proven safety benefits of the Pulselite System with Bell’s customers around the world.”

In addition to being standard equipment on new Bell 407GXi, the Pulselite® System may be installed as an aftermarket modification to all existing 407 platforms.