As it was announced by Airbus, the first ACJ319neo set a new record for the longest A320 Family flight by an Airbus crew. Powered with new engine option, it successfully completed a  16 hr and 10 min test-flight on 26th April. The previous record was Santiago-Paris, flown  in 15 hr and 15 min by an ACJ319 back  in 1999.

It flew from Toulouse to northern Greenland and back, in an endurance flight that included a simulated diversion under 180 min ETOPS rules, for which the A320 airliner family is already certificated.

The aircraft is due to be delivered to K5 Aviation of Germany in the coming months, after ACJ319neo flight-trials are completed.

“We want to fly customers to their destination using the quickest routes, as well as delivering unsurpassed comfort and service, and it’s impressive to see such long-range capability at first hand,” said K5 Aviation CEO and Chief Pilot Erik Scheidt, who participated in the flight.

The ACJ319neo is derived from the A320neo airliner Family, which features new engines and wingtip-mounted Sharklets.

K5 Aviation’s ACJ319neo is fitted with five additional centre tanks (ACTs) in its cargo-hold, and includes improvements such as a lower cabin-altitude for greater passenger comfort.

Airlines and corporate jet customers have ordered almost 15,000 A320 Family aircraft to date, with more than 700 of the new A320neo version already serving airlines worldwide.

Around 200 Airbus corporate jets are in service worldwide, flying on every continent, including Antarctica. 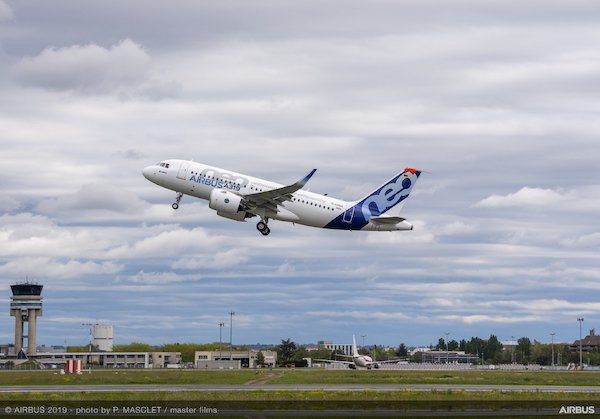