The Federal Air Transport Agency (Rosaviatsia) has confirmed an increase in the height of the take-off and landing of the Ansat helicopter to 3,500 meters. Approval of the main change is based on test results the helicopter passed in the summer of 2018 on Elbrus. The document authorizes the operation of Ansat in the high mountains.

Previously, the height of the take-off and landing of the helicopter did not exceed 1000 m, which limited its use in the mountains. During the certification tests, Ansat successfully performed a series of takeoffs and landings at up to 3,500 meters altitutes, including the imitation of a non-working engine and in the autorotation mode, thus confirming the possibility of operation in high altitude conditions.

“The approval to increase of the take-off and landing height for Ansat helicopter opens up new opportunities for us to attract customers from countries with a corresponding landscape. Thailand, Cambodia and Malaysia. About 30 applications for the supply of Ansats were collected, and the improvement of its flight performance should positively affect further negotiations with the customer Amy ", - said Andrei Boginsky.

Ansat is a lightweight twin-engine multi-purpose helicopter, whose mass production is deployed at the Kazan Helicopter Plant. According to the type certificate, the design of the helicopter allows you a quick transformation into a cargo and a passenger version with the ability to carry up to 7 people. In May 2015, a major change was approved for the sanitary version of the helicopter. Ansat is certified for operation at an outdoor temperature from minus 45 ° С to plus 50 ° С. In July 2018, the main change was approved for an increase in the resources of the Ansat helicopter units. 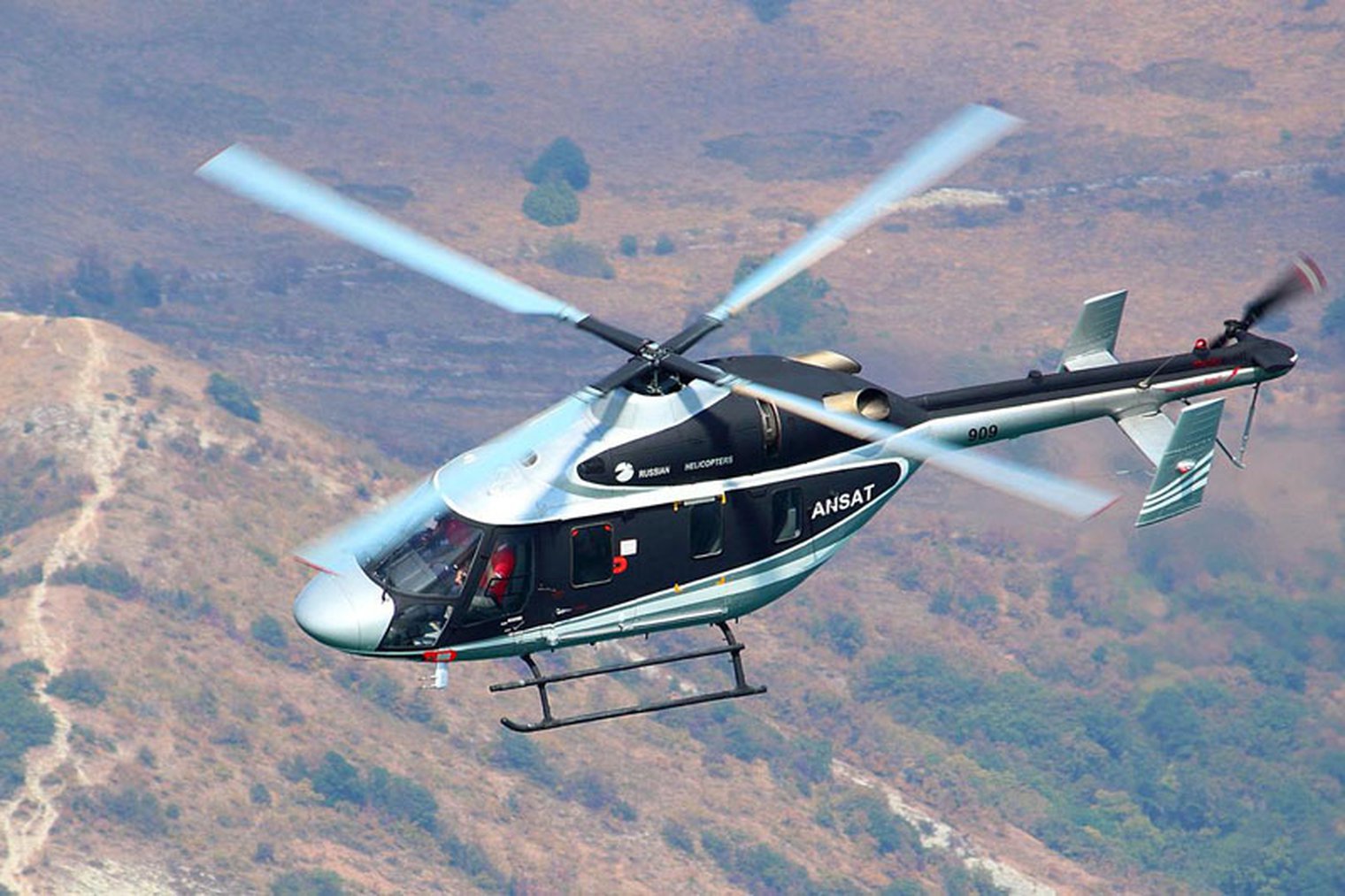 Loading comments for Rosaviatsia has confirmed an increase in the height of the take-off and landing of the Ansat...