United Engine Corporation of Rostec has completed the assembly of the first experimental gas generator for the future-generation PD-8 engine to be used in regional airliners such as SSJ-NEW. The next development stage consists of conducting bench tests and confirming main design characteristics. The full-scale sample of the gas generator will be presented at MAKS-2021.

The PD-8 design project has thus far included development and manufacture of new assembly tooling, installing new sensors for monitoring the product during tests, and assembly and balancing adjustments of the gas generator rotor.

“Rostec continues creating its line of domestic engines for Russian passenger airliners of various classes. While working on the PD-8 for the short-haul SSJ-NEW, we are drawing from the experience of creating its "big brother", the PD-14 engine for the MS-21 medium-haul liner. We have currently completed the assembly of the first experimental gas generator, the “heart” of the power plant, and we are about to start testing it. We will soon see a key project moment, the first start", said the First Deputy CEO of Rostec Vladimir Artyakov.

The first testing stage will consists of debugging of the automatic control system, preparing the start-up, and the specifying the main characteristics of various components. Tests will confirm that the design solutions work as intended.

The PD-8 power plant project for SSJ-NEW airliner is being implemented in extensive cooperation between the various enterprises of the UEC holding of Rostec State Corporation. The premiere demonstration of the gas generator is planned at the MAKS-2021 air show, which will take place on July 20-25 in Zhukovsky near Moscow.

As previously reported, in summer 2020 UEC created the first samples of composite blades for the PD-35 turbojet engine to be used in future-generation long-range aircraftand launched their bench tests. 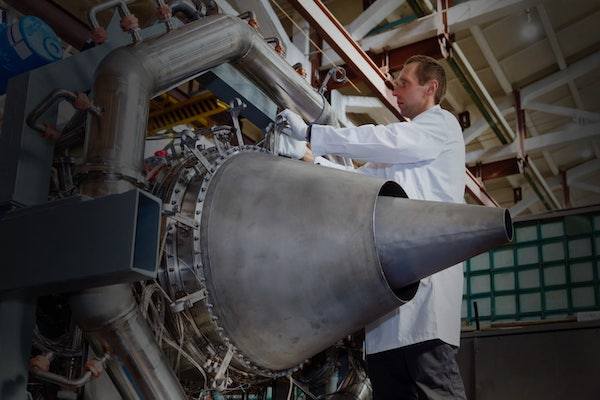