Russian Helicopters started serial production of Mi-8AMT Arctic helicopters for civilian customers. Ulan-Ude Aviation Plant made the first rotorcraft which is ready to start operation.  Mi-8AMT helicopter in its Arctic version completed the flight-test program and the procedure of acceptance by an independent commission of the Federal Air Transport Agency (Rosaviatsiya). The rotorcraft's main features include a unique system for heating transmission parts, designed by JSC «National helicopter center Мil&Kamov». The system provides for quick start of engines in extremely low temperatures, even if the helicopter is deployed without a hangar for a long time. 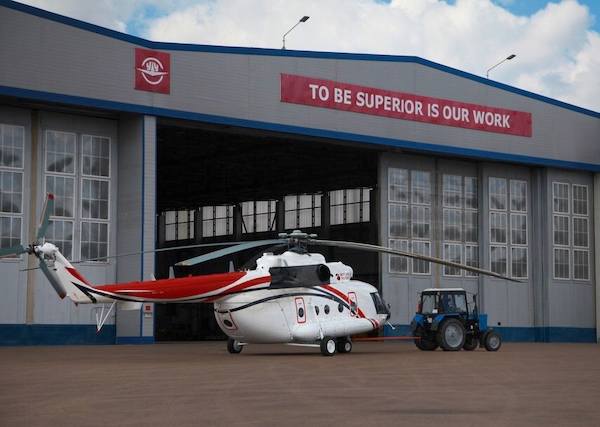 The system for heating transmission parts is complemented by an improved system for thermal protection of the cargo cabin and special thermal insulation shutters in sliding doors and cockpit doors. Special cover protects the helicopter from low temperatures, high humidity and strong wind, if it is deployed without a hangar for a long time. The helicopter systems have teflon hose, which is resistant to freezing temperatures, instead of rubber hose. 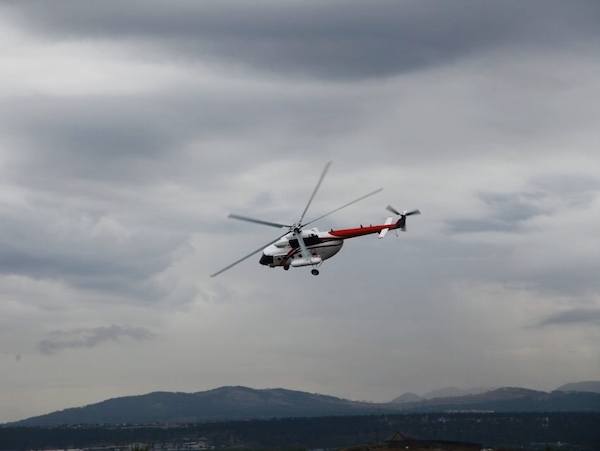 "New Mi-8AMT helicopter will be sought after by many Russian companies and government agencies implementing projects and tasks in the Arctic. The first rotorcraft is ready to start operation, and negotiations with several potential Russian customers are underway," stated Director General of Russian Helicopters Andrey Boginsky. "The holding company is making every effort to provide operators with reliable and modern helicopters, which is irreplaceable when many important tasks related to work in the region are carried out." 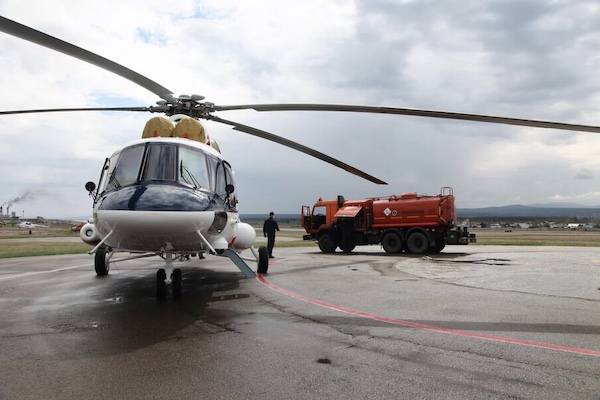 The helicopter is equipped with two additional fuel tanks, which allow it to fly long distances. This in very important for northern districts with low population density. The Arctic version of Mi-8AMT can fly up to 1,400 km. An emergency floatation system can also be installed on the helicopter to fly over a vast area of waters in the Arctic.

"This helicopter is necessary for air medical services, maintenance of facilities of the fuel and energy complex, and for meeting the needs of polar expeditions. It may also help organize transportation in northern regions," emphasized Managing Director of Ulan-Ude Aviation Plant Leonid Belykh. 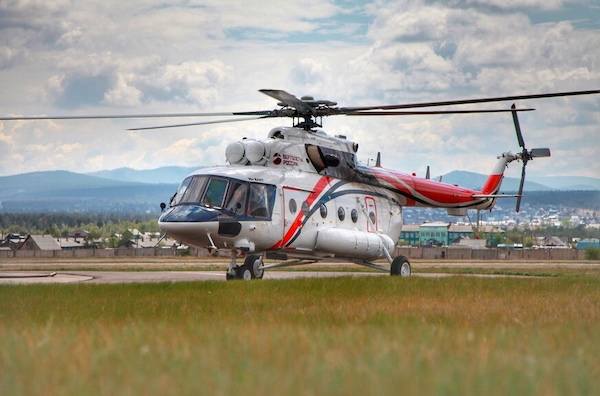 When the helicopter was designed, great attention was given to ensuring that it is capable of flying over the Arctic terrain with few features, in the conditions of polar night, harsh weather, and when satellite and radio signals are lost. For that purpose the rotorcraft is equipped with a special navigation complex.
The complex includes several navigation systems for locating the helicopter, a radar with horizontal and vertical sweep of information on the weather, a digital autopilot, and radio stations with a wide range of frequencies. The helicopter is capable of automated hovering, flying a planned hovering route, and landing. The navigation system considerably reduces the load on the crew, and ensures greater safety of the flight. 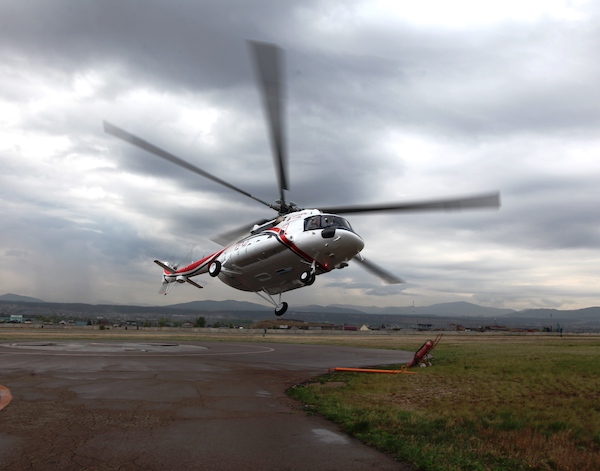