JSC Russian Helicopters, part of State Corporation Rostec, is gearing up to present several brand new civil helicopters at the MAKS-2021 air show. Visitors to the International Aviation and Space Salon will be able to get their first view of the Mi-171A3, the Ka-32A11M, and the Ansat-M.

The new Mi-171A3 is the first Russian helicopter designed for offshore operations and servicing offshore drilling rigs. Developed in accordance with International Association of Oil and Gas Producers (IOGP) standards, the helicopter fully complies with the high safety requirements associated with offshore flights. The Mi-171A3 can carry passengers as well as cargo, and can also be used for search and rescue operations: during these, a special search complex will be installed, with onboard winches and medical equipment. Operating companies will be able to convert the helicopter into a search and rescue vehicle at their own bases.

The helicopter’s fully digital design allowed Russian Helicopters to involve a number of Rostec centres of competence in its production. Parts of the fuselage are manufactured at Kazan Helicopters, Progress Arsenyev Aviation Company in Russia’s Far East, and at the Ulan-Ude Aviation Plant, where final assembly also takes place. Visitors to the MAKS-2021 air show will be able to see the first Mi-171A3 prototype, which will start the ground test program after the air show and will make its first flight in early 2022.

Thanks to extensive use of composite materials, the new model boasts impressive flight and commercial characteristics. Mi-171A3 has unique transport capabilities in its class - it can carry 24 passengers, while foreign counterparts can accommodate up to 19 people. At the same time Mi-171A3 is cheaper than its Western rivals, and a flight hour costs more than 20 percent less.

The first orders for the Mi-171A3 are coming in from Russian fuel and energy companies, which took part in joint work to determine the technical appearance of the rotorcraft. Suitable for servicing all offshore sites, the new model is expected to generate much wider demand in future.

The multifunctional Ka-32A11M is a significantly upgraded model of the internationally successful Ka-32A11BC. Visitors to the MAKS air show will be able to see a prototype with modern Klimov VK-2500PS-02 gas turbine engines with automated digital electronic control system. Thanks to these significantly more powerful engines, the helicopter can be equipped with a cargo hook capable of transporting up to 5,300 kg.
The Ka-32A11M also boasts a glass cockpit featuring the new KBO-32 digital avionics suite, allowing the helicopter to be operated at any time of day or night, in any weather, over land or sea. The new model also features upgraded electrical and switching systems, as well as internal and external lighting. The flight deck is compatible with night-vision goggles.
The model has dramatically enhanced fire-fighting capacity thanks to the new SP-32 fire-extinguishing system. Developed by the Kumertau Aviation Production Enterprise KuAPP, this system allows for the transportation and controlled discharge of up to 4,000 litres of fire-extinguishing liquid, even in temperatures below freezing. 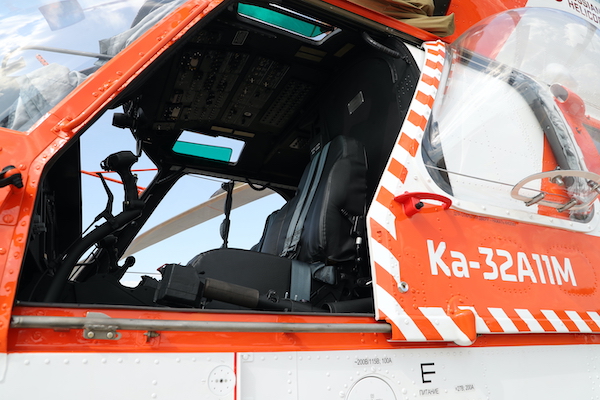 Another new model to be presented at MAKS-2021 is the modernised light helicopter Ansat-M. Having made its first flight at the end of 2020, the Ansat-M has already completed certification tests for its expanded fuel system, and more than confirmed its stated 640 km range. With an extra fuel tank, the range can be increased to 790 km, which is an important factor for many Russian and global operating companies.

Thanks to its new avionics and modern autopilot system, the Ansat-M is capable of instrument flight. The improved aerodynamics of the new main and tail rotor blades make for better flight characteristics overall, increasing the takeoff weight to 3,800 kg and reducing noise levels both in the cabin and outside the aircraft. The Ansat-M is also kitted out with an improved tail, new lighting, ventilation systems and air conditioning. The ratio of composite materials in the new model has increased from 15% to 35%, allowing for a lighter helicopter with improved flight characteristics. 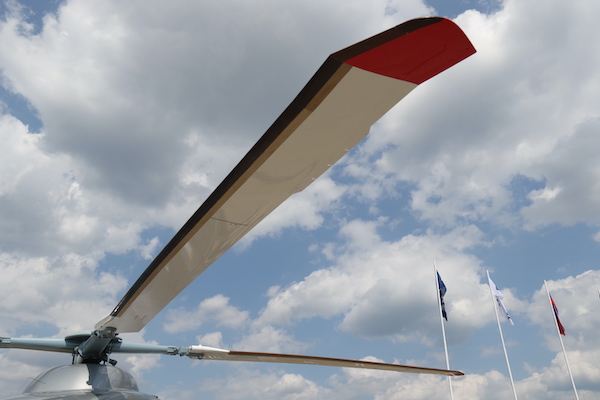