Rostec State Corporation will unite UAC, Sukhoi and MiG companies into a single corporate aircraft manufacturing center, which will consolidate the management of aircraft programs and other UAC assets. The engineering and design functions of the group will be separated into a separate center, which will be located in Moscow - it will include all aviation design bureaus.

Such decisions were announced by the General Director of the State Corporation Rostec Sergey Chemezov at a meeting with the management of the United Aircraft Corporation and its leading engineering centers, where the tasks of the development of the aircraft industry for the coming years were discussed.

The objectives of the transformations being carried out are to increase the economic sustainability of the UAC Group, optimize the administrative and managerial staff, and reduce non-production costs and debt burden. To control the ongoing transformations, the head of Rostec, Sergey Chemezov, intends to personally head the UAC Board of Directors.

The optimization will not affect the engineering staff. Design schools will remain independent, receive new opportunities for development, as well as improved working conditions in the format of the Unified Engineering and Design Center. The center will be located in Moscow, where the existing test and bench infrastructure of the UAC is concentrated. Moving aviation design bureaus to other regions is not on the agenda.

“We are forming in Moscow a unified management organization and a unified center of design competencies for all UAC companies. Systemic reforms should improve the structure of the company and solve the issues of its financial stability, increase the competitiveness of domestic civil aircraft and cover the significant needs of Russia in modern aircraft for passenger transportation. Taking into account the importance of the task, I decided to take the issue of corporate reforms under my personal control and head the UAC Board of Directors, ”said Sergei Chemezov, General Director of Rostec State Corporation.

The UAC Corporate Aircraft Center, where Sukhoi and MiG will join, will consolidate the functions of managing aircraft programs, and will also become the managing organization for Tupolev, Ilyushin and Irkut corporation.

The reform will be implemented in stages over several years. At the same time, all the key changes with the design block, the directorates of aircraft programs, and production sites are still to be worked out.

The United Aircraft Corporation (PJSC UAC, part of the Rostec State Corporation) was established in 2006 with the aim of consolidating the assets of the largest Russian airlines. The corporation's enterprises produce aircraft of such world famous brands as Su, MiG, Il, Tu, Yak, Beriev, as well as new ones - Superjet 100 and MC-21. OAK enterprises carry out a full cycle of work from design to after-sales service and disposal of aviation equipment. General Director of PJSC UAC - Vice President of OOO SoyuzMash of Russia Yuri Borisovich Slyusar. 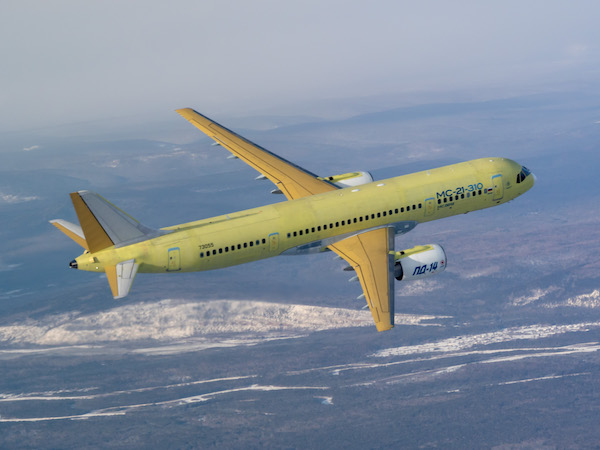