Russia and Turkey have discussed deliveries of Russian SSJ 100 and MC-21 civil aircraft and joint production of helicopters, Russian Minister of Energy Alexander Novak said on Friday after a session of the Russia-Turkish intergovernmental commission. This reported by TASS.

"As for the industrial sector, we discussed deliveries of helicopters and the establishment of a joint venture for the production of helicopters. Future plans include joint production and supplies of SSJ 100 and MC-21 planes," he said in an interview with the Rossiya-24 TV channel.

The Sukhoi Superjet 100 (SSJ 100), a Russian short-haul single-aisle passenger plane developed by Sukhoi Civil Aircraft Co, has been in commercial use since 2011.

The MC-21, a Russian medium-haul single-aisle passenger plane, is being developed by the Irkut corporation. The plane is planned to be manufactured in two modifications, namely MC-21-200 seating from 132 to 165 passengers and MC-21-300 with 163 to 211 seats. 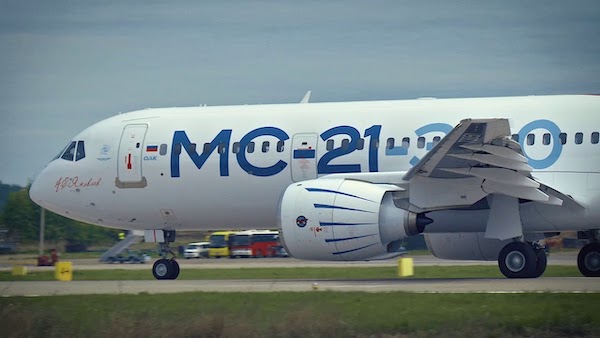 Loading comments for Russia and Turkey have discussed deliveries of SSJ 100 and MC-21 and joint production of helicopters...

Bell 505 helps owners to stay on the move

In terms of private travel, Bell 505 owners have found that the helicopter is a versatile and reliable way to help private aircraft operators stay on the move. It offers a swift and safe means to...