Russia is interested in delivering its planes to Algeria: the Sukhoi Superject 100 (SSJ-100) and, over time, the MC-21. This issue was discussed within a working group, Russian Energy Minister Alexander Novak told reporters during the Russian-Algerian intergovernmental commission on trade economic and scientific technical cooperation.

"Russia is interested in delivering Russian-made planes to Algeria, including the Sukhoi Superjet 100 and, in the future, the MC-21. These issues are being discussed by the working group," Novak, who is a co-chairman of this commission, said.

The SSJ-100 is the first civil aircraft designed in Russia. This is a regional jet, the basic version of which has a flight range of 4,400 km and can carry 98 passengers. Its production started in 2011. The SSJ-100 is being operated in Mexico and Ireland.

Russian Deputy Prime Minister Dmitry Rogozin told TASS earlier that the date for the first official flight of the advanced Russian aircraft MC-21 will be released in October. The first deliveries of the plane are set for the end of 2018, and serial production is to be launched in 2017. 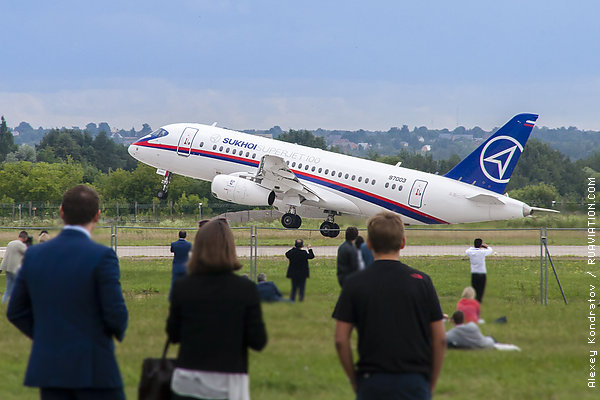 Loading comments for Russia wants to supply the SSJ-100 and MC-21 aircraft to Algeria...

If you are following sustainability and afficiency topic in business aviatyion, be sure to meet Air BP at the eco-friendly ‘Event Lounge’ in Brussels for AirOps 2020, joinin...

An announcement was made at Airline Economics Growth Frontiers conference by MTU Maintenance - from now there is a new office opened in the heart of aviation leasing community birthplace Dub...