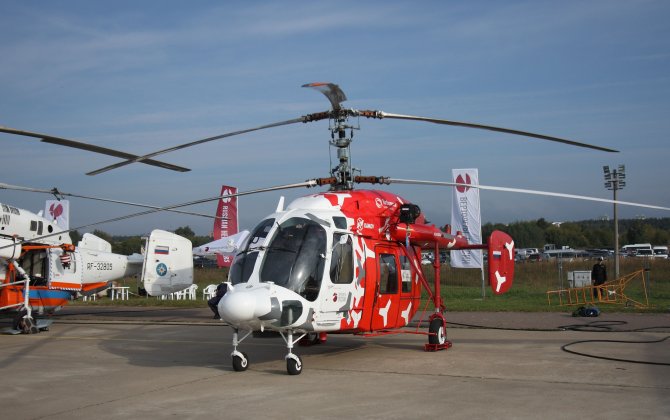 Russian Helicopters expect to keep the portfolio of orders at the current level in two coming years and to sell 230-280 helicopters a year, deputy CEO of the company Alexander Scherbinin told TASS on Thursday.

Current production and sales of Russian Helicopters are aligned with the global market situation and production capacity of the company, Scherbinin added.

"It [the capacity] is about 230-280 helicopters of a year. We plan to maintain such level and the available portfolio of orders in future year or two," he said.

Russian Helicopters supplied 271 helicopters to customers and produced about 300 in 2014, Scherbinin said. "They were partly supplied to customers in 2015 in accordance with contracts," he added.

"Our firm orders portfolio is over 500 helicopters as of the beginning of 2015. We will produce these helicopters for our traditional and for new partners," the official said.

The company is present in nearly all niches of the global helicopter market, from the light Ansat and Kamov Ka-226T to ultra-heavy Mil Mi-26T2. "Demand and contracts cover all types of helicopters," he added.

"Asia is the most promising region for us now. The holding plans to set up a network of Russian helicopters’ maintenance and repair centers in China in cooperation with the largest Chinese operators," Scherbinin said.

"Furthermore, the Chinese side expressed its interest in organizing such centers for Kamov brand helicopters on the basis of China’s Haiying aircraft repair plant," Scherbinin said.

China is one of major customers of Russian helicopters. In particular, over 160 Mi-171 type helicopters are in service there.