Russian Helicopters, a leader of the global helicopter industry, said on Monday it plans to sign the first contract for exports of advanced multirole Mi-171A2 helicopters by the end of the year. This reported by TASS.

According to the company’s press service, these plans were revealed by Director General Andrei Boginsky at the Russia-Mexico Trade and Industry Dialogue forum.

"The Russian Helicopters’ CEO told about the holding company’s positions on the global market and cooperation with Latin American and Caribbean countries, which operate more than 400 Russia-made helicopters," the press service said. "He also revealed plans of expanding the share of civil rotorcraft in the company’s exports. Thus, Andrei Boginsky told about plans to certify the Ansat helicopter in Brazil and to sign the first contract on exports of Mi-171A2 helicopters by the yearend."

According to Boginsky, Mexico is one of the company’s key partners in Latin America and such forums help establish direct dialogue with potential clients. "Today, we are discussing with the Mexican partners a number of promising projects, including exports of Ansat light helicopters and organization of post-sales servicing of previously purchased rotorcraft," the press service quoted him as saying.

The company’s top managers plan to join a delegation from the Russian ministry of industry and trade on its visit to Paraguay and Colombia. 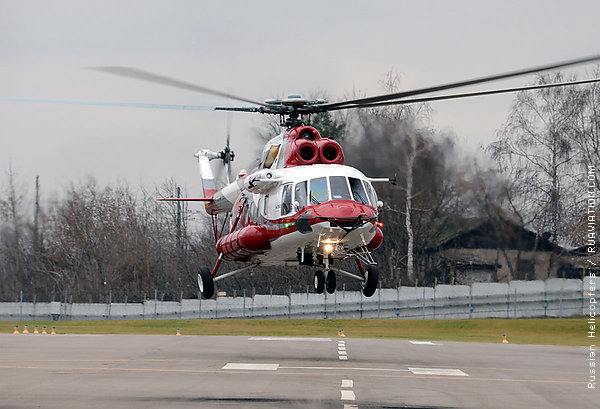 Loading comments for Russian Helicopters plans to sign first contract on export of Mi-171A2 helicopters by end of year...