The plane was developed by the Baikal-Engineering company under the contract with the Russian ministry of industry and trade and is meant to be used by local airlines.The plane took off from an airdrome in Yekaterinburg and spent 25 minutes in mid-air at an altitude of 500 meters.

The plane will be demonstrated at the ninth NIAS 2022 national exhibition and forum of civil aviation infrastructure in Moscow on February 9-10.

"The Baikal project will make it possible to enliven traffic along local routes, to resolve problems of transport accessibility, first of all in the Far East," Manturov noted. Manturov said earlier that mass production of the new nine-seating plane would begin in 2023. The Urals Civil Aviation Plant hopes to sign a contract for the manufacture of teen such plane in 2023-2025, the plant’s director, Oleg Bogomolov, told TASS in the summer.

According to him, the plane should cost 120 million rubles (about $1.6 million at the current exchange rate) in its basic version. The potential state order for the aircraft is estimated at 300 planes by 2030.

The plane can carry a payload of two tonnes and cover up to 1,500 kilometers with the cruise speed of 300 kmph. 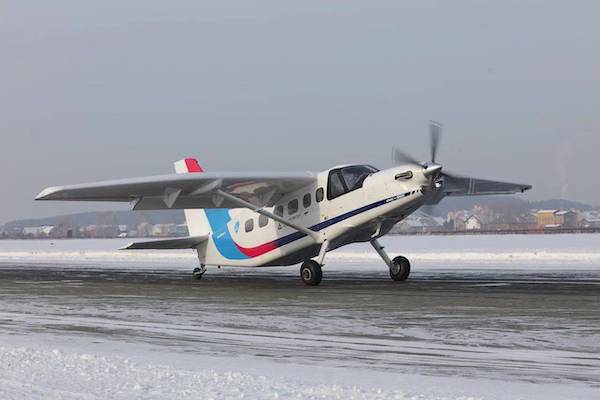