The A-100 advanced long-range radar spotting aircraft that is currently being created in Russia surpasses the foreign analogues, Russian Defense Minister Sergei Shoigu said on Friday at a teleconference with the ministry leadership.

"The A-100 aircraft by its characteristics surpasses the foreign analogues. Its reconnaissance capabilities will make it possible to detect new classes of targets, perform strike aircraft guidance and control," Shoigu said.

According to him, the project is now at the stage of experimental design work codenamed Premier-476.

It was reported previously that the A-100 plane will be created on the basis of the new military transport aircraft Ilyushin Il-76MD-90A (also known as IL-476). Tests of the advanced AWACS plane are expected to begin in 2017.

Most specifications of the A-100 are classified. The AWACS aircraft is expected to feature a new Active Phased Array Radar (APAR) designed by ‘Vega’ corporation. It is said to be capable of detecting enemy aircraft at ranges of up to 600km (373 miles) and warships at ranges of around 400km (249 miles). The aircraft is also said to have advanced signal intelligence for greater independence and electronic warfare capabilities for protection. An A-100 reportedly may be used as a fully-fledged flying HQ for the military. Aircraft of this type are critical to ensure air superiority and improve situation awareness for military commanders in a dynamic combat environment. Long-range AWACS aircraft are operated by only a few countries, including Russia, the US, China and the UK. 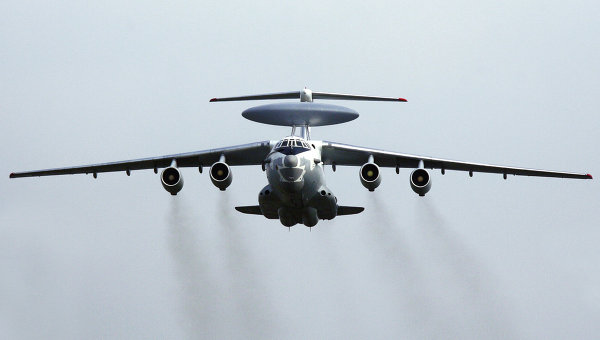