Russia’s newest tactical drone Korsar will undergo government certification tests within days, a spokesman for the United Instrument Manufacturing Corporation (affiliated with Rostec) has told TASS, adding that all three drones of that type to be tested were operational.

Some media said earlier there was only one sample of Korsar, which had crashed during a test flight.

"This is not true. There was an emergency due to the operator’s error. The human factor is to blame. The crews are merely learning to fly our drone. Nothing critical happened. The drone landed safely by parachute," he said.

Currently three drones are being tested. All of them are operational, including the one that suffered an emergency.

"The drone in question has already made several flights after the emergency and landed without any problems," the corporation’s spokesman said.

Korsar has been through all development tests.

"It took us several years to make this machine. Everything is well-calculated and checked. The drone will undergo government certification tests soon," the company’s official said.

Korsar is expected to cope with tactical tasks on a battle field. Its mass is about 200 kilograms and the wing, 6.5 meters. The Korsar complex consists of several drones, a ground control center and other instruments. In the long term Korsar may be complemented by another drone having slightly different characteristics. 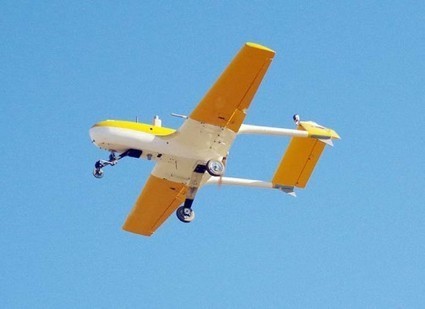 The high demand for single engine training aircraft has led to the return to production of the Diamond DA20-C1, powered by a 125HP Continental IO-240 engine and equipped with new state-of-the-art G500...

“Under the current circumstances, aviation conferences will change. We have seen that a large number of major conferences and conventions had to be cancelled. Disappointment is one thing, at wha...

Legislation in Europe is pushing airlines to use more environmentally-friendly fuels, creating a need for transparent pricing in this emerging market. Global energy and commodity price...