Safran is celebrating the success of the first ground tests of the Open Rotor demonstrator engine in Istres, southern France. The ceremony marking this milestone was attended by Clara de la Torre, Transport director in the European Commission’s Directorate-General for Research and Innovation, Stéphane Bouillon, Prefect of the Provence-Alps-Côte d’Azur region, François Bernardini, Mayor of Istres, Philippe Maurizot, regional councilor, Ross McInnes, Chairman of the Board of Directors of Safran and Philippe Petitcolin, Chief Executive Officer of Safran.

The Open Rotor demonstrator, developed through Europe's vast Clean Sky* research program, is a strategic focus in Safran's Research & Technology efforts, and a key part of Safran's plans to develop a propulsion system meeting aircraft manufacturers' future needs towards 2030.  Safran and its partners in the Clean Sky program have received 65 million euros in funding from the European Commission for this project, over a period of eight years.

As its name indicates, the Open Rotor features a breakthrough architecture, with two counter-rotating, unshrouded fans, allowing it to reduce fuel consumption and CO2 emissions by 30% compared with current CFM56** engines. Launched in 2008 and led by Safran, the demonstration program has already reached several major milestones, including wind-tunnel tests at French aerospace research agency ONERA, leading to the assembly of a demonstrator in 2015, and the start of ground tests on the open-air test rig in Istres in May 2017.

"The Open Rotor is a major focus of Safran's research," said Philippe Petitcolin, CEO of Safran. "With the LEAP** engine we proved our ability to develop and integrate new technologies. Our aim now is to push our innovation strategy even further so we can deliver the best solutions to the market in timely fashion. We are currently studying several paths, both different and complementary, to develop, along with our partners in Clean Sky, the technology building blocks for propulsion systems that will significantly improve performance on tomorrow's airplanes."

"After ten years of development efforts, we are very proud to see the Open Rotor demonstrator perform its first ground tests with success," said Clara de la Torre from the European Commission. "The Open Rotor marks a major step forward in the aviation sector, since it meets two key challenges, namely to reduce fuel consumption and improve environmental performance."

Safran is exploring other propulsion solutions as well, in particular the UHBR (Ultra High Bypass Ratio), a shrouded turbofan engine with a very high bypass ratio, which would reduce fuel consumption by 5 to 10%. The UHBR would be a credible solution for aircraft-makers towards 2025, because it could be easily integrated on current aircraft. At the same time, Safran is also studying distributed, electric and hybrid propulsion systems.

At the Istres site in southern France, Safran now has a new test stand covering some 80,000 square meters (864,000 sq ft), the only one of its kind in Europe. This new test rig will be used to test the new-generation LEAP turbofan and future upgrades, the Open Rotor and UHBR technology demonstrators, and engines with complex architectures and/or of large size. Completed in 2016, this new test rig reflects the dynamic regional involvement in the Istres test center, with strong support from public authorities, as well as partnerships with local companies and universities. At the same time, this key project has led to the creation of 45 new jobs at Safran. 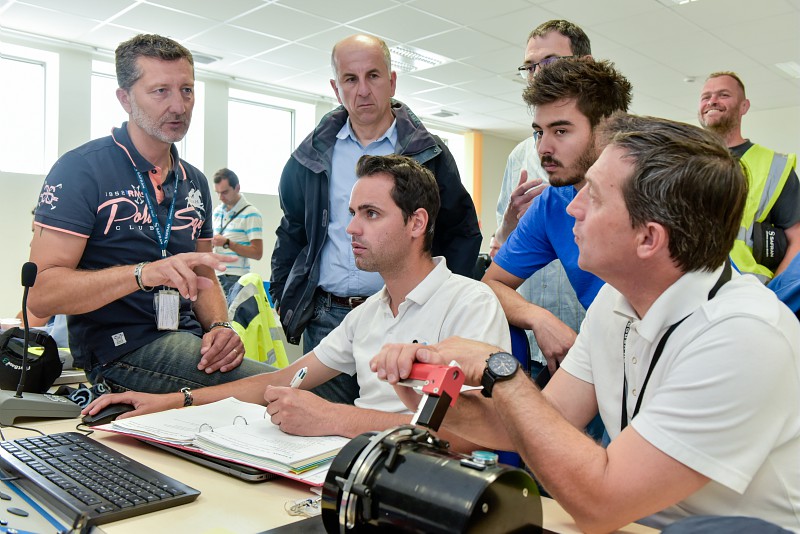 * Clean Sky is a European public-private research program, launched in 2008 by the European Commission in conjunction with European aviation companies.

** CFM56 and LEAP are registered brand names of CFM International, the 50/50 joint company between Safran Aircraft Engines and GE