Ross McInnes, Chairman of the Board of Directors, and Monique Cohen, Chair of the Appointments and Compensation Committee, presented subjects relating to corporate governance and corporate officers' compensation. Olivier Andries, Safran's future Chief Executive Officer, also took the opportunity to introduce himself to shareholders.

At the Annual General Meeting, Chief Executive Officer Philippe Petitcolin and Group Chief Financial Officer Bernard Delpit presented the Group's business activity and results for 2019, along with the adaptation plan put in place to address the Covid-19 crisis. They also reported on business developments of the first four months of 2020 and on the Group's liquidity position.

1. Update on industrial operations and the measures taken by Safran in response to the crisis

Amid a global downturn in deliveries for new aircraft, Safran now estimates that less than 1,000 LEAP engines will be delivered in 2020.

The Group's aim is to significantly reduce its costs and to lower the breakeven point for its businesses in order to benefit from the recovery when it occurs.

Safran has acted swiftly to adapt to this new environment. The adaptation plan already put in place at the beginning of the year in response to the shutdown of production for the 737 MAX has been significantly stepped up. This plan involves:

1 Excluding purchases and including R&D expenses.

2. Update on business developments and on the Group's liquidity position

As expected, the impacts of the Covid-19 crisis observed in March (20.4% drop in year-on-year revenue) accentuated markedly in April, with Group revenue down around 50% on April 2019. However, free cash flow generation was positive over the first four months of the year. At April 30, 2020, cash and cash equivalents amounted to €3.248 billion (unaudited data).

Safran has a €2.52 billion undrawn credit facility available until December 2022. This facility serves as a back-up for the NEU CP commercial paper program, under which €1.976 billion was outstanding at April 30, 2020. The maximum amount available under the NEU CP program was increased from €2.5 billion to €3.0 billion.

On April 22, Safran set up a €3 billion bridge loan with a syndicate of French and international banks. On May 15, it refinanced €800 million of this loan by issuing seven-year convertible bonds2 paying an annual coupon of 0.875%, with a conversion premium of 40% (exercise price of €108.23).

To continue securing its long-term sources of funds and extend the maturity of its debt, Safran is planning to issue benchmark bonds on the US private placement market (USPP) in the near future, subject to market conditions.

In the short term, airlines on one hand and the aerospace industry on the other hand are likely to benefit from various forms of government support.

Over the longer term, prospects remain good for Safran, particularly since its fleet of second-generation CFM56 engines is relatively young (approximately 57% of CFM56-5b/7b engines are less than 10 years old) and efficient in the current context.

Safran intends to consolidate its position as a fully-fledged engine manufacturer, continue its development in the equipment sector, pursue its niche strategy in defense, and reclaim its position as a front-ranking player in aircraft interiors.

Safran's commitment to green aviation is even more necessary.
The cost-cutting plan rolled out by Safran maintains the environmental priorities of its R&T and Innovation roadmap. Safran continues to work on the next generation of low-carbon aircraft and, together with its partner GE, on the successor to the LEAP engine which offers equivalent or superior fuel savings to the CFM56 engine.
As an illustration of its commitment, Safran undertakes to support the launch by the European Union and its Member States of investment plans and regulatory measures aiming to promote the availability and utilization of sustainable fuels for aviation. This will have to be done taking into consideration the situation of the aerospace industry and of Safran's customers after the end of the Covid-19 crisis.

Safran's commitments here cover 12 of the 17 goals and correspond to actions taken by the Group consistent with its business activities and the priority challenges in its materiality matrix3.

3Full details of Safran's sustainability performance can be found in Chapter 5 of its 2019 Universal Registration Document and in its 2019 Integrated Report available on its website.

All of the resolutions submitted to the Annual General Meeting and approved by the Board of Directors were adopted. 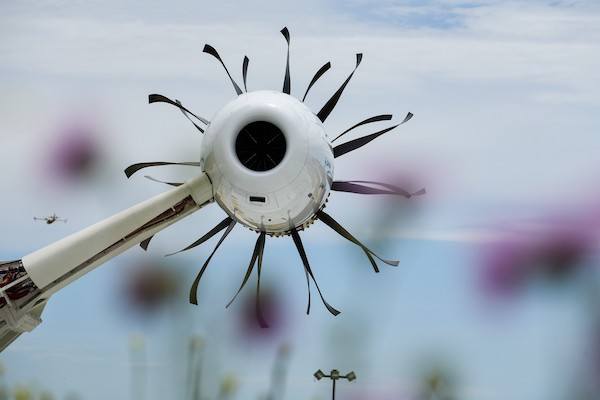 Loading comments for Safran reports on business developments of first months of 2020 ...