Dassault Aviation has flown a second Falcon 6X flight test aircraft, completing another important milestone in the development program for the new widebody, long-range twinjet.  Flight test aircraft no. 2 made a two-hour flight on April 30, climbing to Flight Level 400 and accelerating to a cruise speed of Mach 0.85.

“We are very pleased with the progress of the Falcon 6X test program and remain confident of meeting its target 2022 certification date,” said Eric Trappier, Chairman and CEO of Dassault Aviation. “We now have two aircraft in the air. Each is performing as expected and showing a high level of systems maturity for this phase of the program.”

Trappier continued, “Several of our test pilots have flown the Falcon 6X.  All are extremely satisfied with its performance and handling characteristics.”

A third aircraft with a finished interior will enter the test program by summer. Test aircraft no. 3 will serve to test our cabin systems and amenities, galley equipment, flight entertainment systems and options including high-speed Ka-band Internet capability.

Later, the first production aircraft, a/c no. 4, will be completed to a typical customer configuration and will embark on a global tour intended to demonstrate the use of the complete aircraft, from airframe to systems and cabin amenities, and ensure it is fully mature when the Falcon 6X enters service. 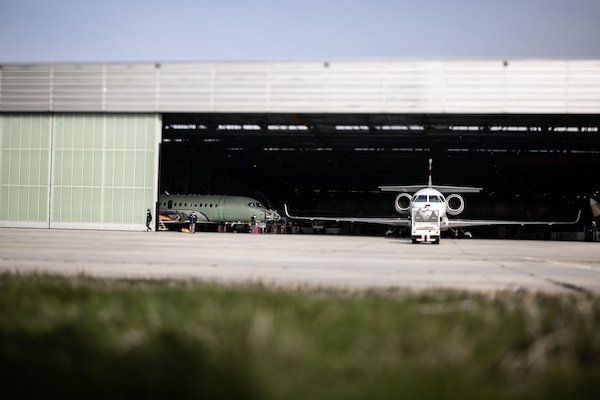