Tamarack Aerospace Group announced that it has filed a Chapter 11 Plan of Reorganization with the Eastern District of Washington. The filed Plan includes repayment of all creditors in full and, when approved, the Plan will allow Tamarack to emerge from bankruptcy.

Tamarack sought bankruptcy protection on June 1st of this year when the timing for resolving Airworthiness Directives (ADs) became uncertain.  The ADs had grounded the Active Winglet fleet of 91 aircraft after an erroneously reported incident on April 13, 2019.  The grounding was resolved and worldwide Active Winglet operations resumed as of July 10, 2019 following factual review by EASA, FAA, NTSB, and the UK AAIB.

"We continue to make significant progress in the reorganization, we have made a number of strategic changes to the business which has made us more resilient and we will emerge stronger and more viable than before,” said Tamarack President, Jacob Klinginsmith. “In July Tamarack received approval to accept a significant investment for ongoing operations; but the continued Active Winglet sales have allowed us to recover financially and ultimately to present a very strong plan of reorganization.  The Plan is testament to the financial health and viability of Tamarack, and we look for confirmation as early as end of the year.”

An October 31 hearing has been scheduled with the Eastern District of Washington to consider approval of the Disclosure Statement, related to the plan. 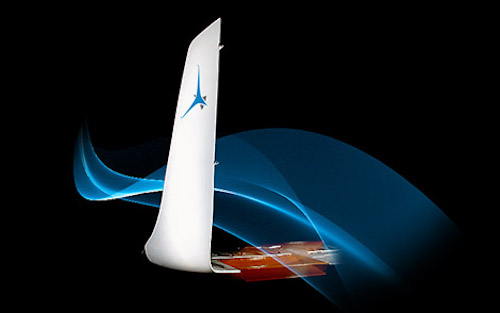 Tamarack Aerospace Group has revolutionized aftermarket winglets with its ATLAS Active Winglet technology. Until now, winglets have typically only delivered marginal performance benefits, with all traditional winglets facing the same dilemma: the increase in load requires structural reinforcement of the wing, increasing the aircraft’s weight and thus decreasing the winglets’ benefits. Tamarack has solved this ‘winglet conundrum’ using load alleviation. The ground-breaking ATLAS technology also enables a wing extension, which, when combined with Tamarack’s powerful winglets, is truly transformative to the airframe.​