The experimental King Air 350 Tamarack Performance SMARTWING flew this past weekend before an estimated crowd of thousands of spectators, most of the major aviation association leaders, four congressmembers and a former FAA acting administrator at the remote Tarkio, MO Wing Nuts Flying Circus fly-in. Tarkio is the home of one of the most influential aviation supporters in the U.S. Congress, U.S. Representative Sam Graves (ranking member of the Transportation & Infrastructure Committee (T&I)) who hosts the annual fly-in … the first one since the COVID pandemic hit three years ago. The T&I Committee has jurisdiction over such important aviation and transportation organizations as the FAA and the National Transportation Safety Board (NTSB) and has interests involving all modes of transportation.

Congressman Graves’ comments about Tamarack’s technology and the modified King Air’s appearance at his fly-in was very encouraging, “Tamarack is here, it’s a fascinating technology on its King Air and CJ2+ that are here, it’s neat, (the technology) it reduces your wing loading and extends the range, it’s really cool.” 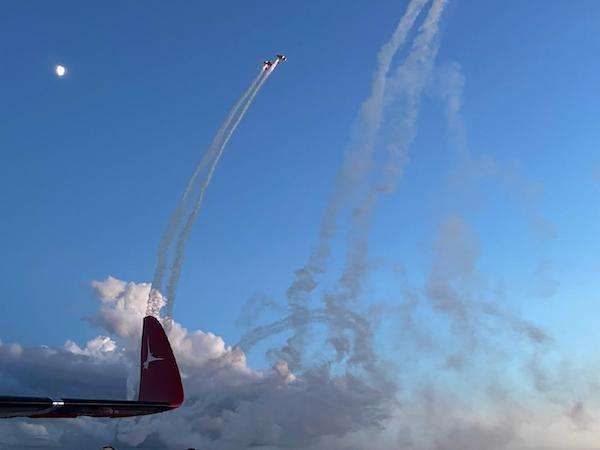 General Aviation Manufacturing Association (GAMA) President Pete Bunce took a ride in the modified King Air and was especially impressed with its short field climb capabilities and smooth ride in turbulence. Tamarack CEO and technology inventor Nick Guida was very pleased with the reception the modified King Air and CitationJet had at the fly-in, “We have very strong potential customer interest in purchasing King Air modifications, especially from those with military focus. We received some very positive reaction to our technology here at the fly-in from leaders in the aviation associations; that kind of support is essential as we sell to our business aviation customers. Of course, the positive reaction from government leaders at the fly-in was dramatic for our military sales goals as well as future plans to apply our technology to single aisle airframes,” added an optimistic Guida. Guida provided Congress with his thoughts about aviation industry using new technology and cooperating to reach sustainability during earlier testimony to the U.S. Congress.

The Tamarack Performance SMARTWING marks the second airframe variation modification produced by Tamarack in addition to the nearly 160 Cessna CitationJets currently modified with Tamarack’s Active Winglet. The Cessna fleet exhibits up to 33% range improvement with this sustainable aftermarket technology, plus various performance benefits also featured on the Performance SMARTWING. 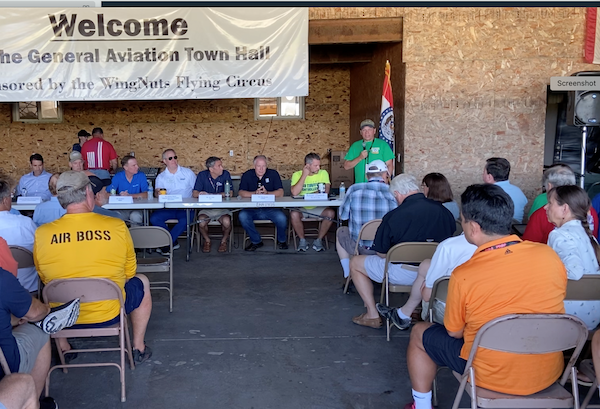