The ENGINeUSTM product line includes a broad range of electric motors with power outputs from single digit to 500 kW. The ENGINeUSTM 100, that will equip the E20, delivers more than 100 kW at take-off and features a fully integrated motor controller within the machine. The thermal management is provided by an optimized air-cooling system. The certification of the electric motor is planned for mid-2023.

“By providing our ENGINeUSTM electric motors to this revolutionary E20 eVTOL designed by TCab Tech, Safran Electrical & Power is participating to write a new page in urban air mobility. This project combines breakthrough technologies, a low-carbon footprint and a high level of safety due to the electric distributed propulsion”, said Thierry Sieg, Vice President of Sales & Marketing at Safran Electrical & Power.

“By bringing sustainable and innovative technologies, Safran is proud to partner with TCab Tech to further be present in this new emerging and environmentally friendly sector of the urban air mobility in China. We have high hopes for E20 eVTOL’s prospects in the Chinese market”, said Philippe Bardol, Safran General Delegate for China and CEO of Safran China.

“A world class motor partner is essential for the development of the eVTOL aircraft”, said Yon Wui NG, CEO & Founder of TCab Tech. “We are excited to work together with Safran to integrate the E20 with high reliability and superb performance electric propulsion system. The smart motor has a well-advanced certification plan matching our E20 certification needs, which makes it an ideal choice for our eVTOL aircraft.” 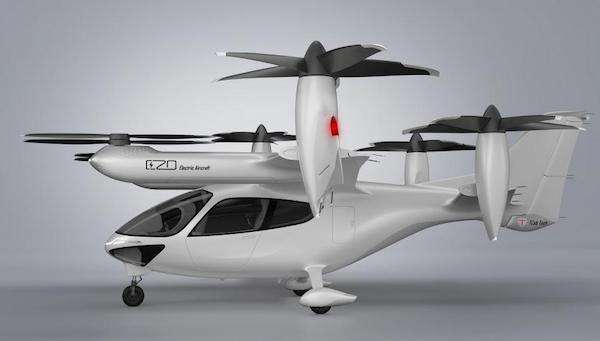 Loading comments for TCab Tech partners with Safran on the electric motors for the E20 eVTOL...