Tecnam got unprecedented record of sales at AERO 2022 Friedrichshafen

Tecnam closed AERO 22 with 85 sales in its orderbook signed during the German Airshow. More orders, generated during the show, will closed soon. Aircraft sold will be delivered in many markets worldwide.

The P-MENTOR, the IFR two-seater which made its first appearance this year, was one of the best sellers in terms on numbers, followed by the P2010 Tdi, also in the super luxury “Gran Lusso” version, which was another premiere of this show. The Tecnam sales network, representing more than 65 countries, hosted an incredible number of visitors and customers at Tecnam booth, one of the biggest of AERO.

Customers visiting the Tecnam booth appreciated the entire line of Tecnam models starting with the iconic P92, which in a MkII version with composite fuselage and metal wings. Also, in the booth there was the Sierra MkII with new interiors improvements, the P2008JC the high-wing favorite from flight schools, the new P-Mentor, the innovative IFR two-seater which is Part23 Certified. For delivery to Mermoz Academy in France was a P2006T, the smartest twin engine trainer, and displaying absolute luxury was the P2010 Gran Lusso powered by CD-170 Continental Engine. 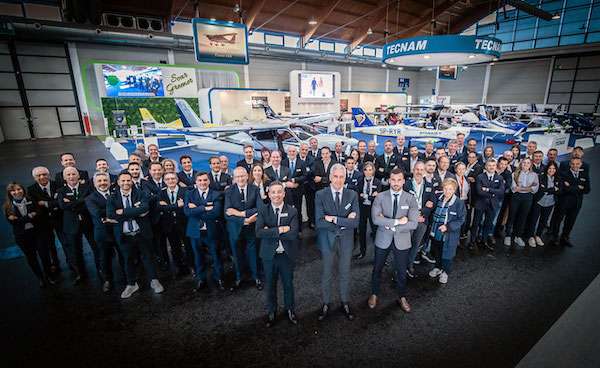 A corner of the booth was dedicated to the “Soar Greener” manifesto, explaining how Tecnam is contributing to a “green” future for aviation.

Dominating the display was the highly respected P2012 Traveller, the most versatile platform for short-haul operations, including passenger, cargo, Medevac and parachute variants.

The P2010 parallel hybrid H3PS was displayed at Rolls-Royce booth and a P2010 TDI at Continental Engines booth.

The success at AERO is due in part to Tecnam’s strategy to offer student pilots the most modern training aircraft which provide a complete solution from ab-initio to a multi-engine rating. Choosing a Tecnam fleet solution for training is also a great deal for the environment. Recent study shows that flight schools operating with TECNAM single and twin-engine fleet can reduce emissions by up to 60%: 10 tons of CO2 for each student by the time they receive their Commercial Pilot License. Introducing the P-Mentor coupled with a P2006T, is a real sustainable and profitable solution for any modern flight school.

“We are delighted to see how the market is following Tecnam’s vision of aviation. Many customers are replacing their aging fleet with new, modern, sustainable solutions. Private customers are demanding this new level of luxury that Tecnam can offer. To be successful in aviation you have to always be on the latest edge of innovation and in this way, we are shaping a new future for aviation.”  Says Tecnam’s Managing Director, Giovanni Pascale.

“We are thrilled to have such a terrific number of visitors and sales. Aviators appreciate the design, wide choice of models, interiors and the avionics.
This impressive number of sales comes from the hard work, teamwork, the investments and choices we have made in the past and from continuous listening to our customers.”  Says Tecnam’s Chief Sales Officer, Walter Da Costa.

The P-Mentor is the latest design from Tecnam: a IFR single engine two-seat, a simple and sustainable solution to guide student pilots from their first flight up to Instrument Rating, all in one two-seater single piston aircraft: IFR; PBN, RNAV; Variable Pitch, Autopilot, Simulated Retractable Gear Control; BRS.

For the first time ever, the extremely fuel efficient and low-emissions Rotax 912iSc becomes the earth of a full IFR-approved aircraft, coupled with an MT constant speed propeller. 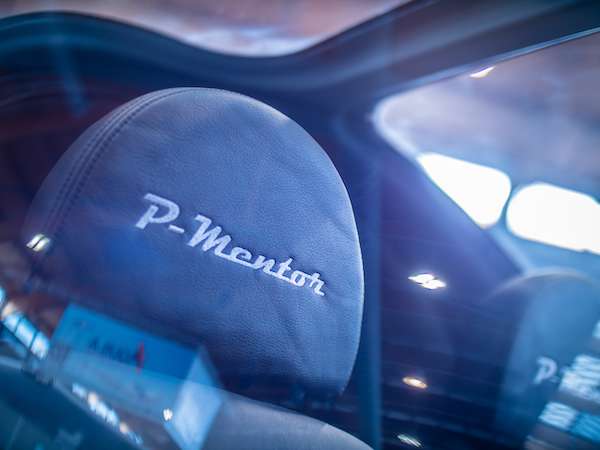 Loading comments for Tecnam got unprecedented record of sales at AERO 2022 Friedrichshafen ...