Rostec will supply ten light VRT500helicopters to Scandinavian countries. A corresponding dealership agreement.was signed between VR-Technologies and Rotorcraft Nordic AB ruding Dubai Airshow 2019. The agreement with Rotorcraft Nordic AB reflects the company's intentions to acquire ten VRT500 helicopters in a basic configuration before the year 2023. The optional equipment, as well as interior detail and exterior paint scheme of VRT500 will be determined after the helicopter receives a type certificate and a certificate of airworthiness according to the standards of EASA. An application for certification is scheduled for this year.

"Our Russian Helicopters Holding Company enters the international market in a new segment of lightweight single-engine civil helicopters. The VRT500 project is certainly competitive and of great interest to foreign customers, which is confirmed by the agreements reached on the sidelines of the Dubai Airshow with the Emirati Tawazun holding company and Swedish partners from Rotorcraft Nordic AB. I am confident that our new machine will be appreciated in many regions of the world," commented General Director of Rostec Sergey Chemezov.

The technical project of the VRT500 program was successfully completed in early 2019, and the development of working design documentation has begun. Tests of the first flight model will start in 2020.

"Europe is one of the potential markets for VRT500. With its flight and technical performance, the helicopter will compete with rotorcraft of the same class operating in the region. Considering today's agreement, the order portfolio for VRT500 already includes 15 machines," said Director General of VR-TechnologiesAlexander Okhonko.

It was reported earlier that in August 2019, at the International Aviation and Space Salon MAKS-2019, a dealership agreement on the promotion and sales of VRT500 was signed with the Malaysian company Ludev Aviation. The company intends to purchase five helicopters. 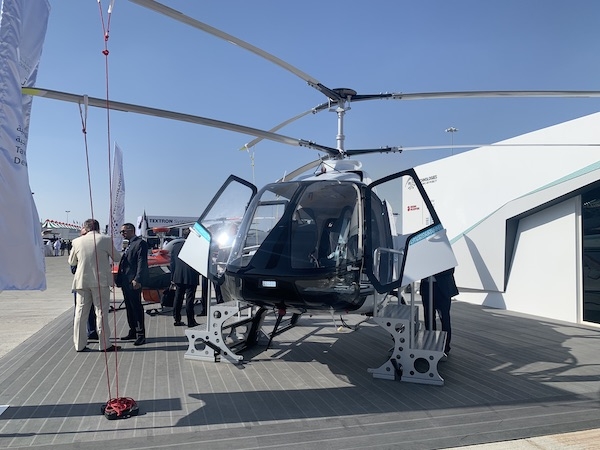 VRT500 is a lightweight single-engine helicopter with coaxial arrangement of propellers and take-off power of 1,650 kg. The machine has the most spacious passenger-and-freight cabin in its class with a capacity of up to 5 passengers and is equipped with a modern system of interactive avionics. The design solutions of the helicopter will allow it to reach the speed of up to 250 km/h, fly to a range of up to 860 km and hold up to 730 kg of payload. The helicopter has been created in passenger, multi-purpose, cargo, training, VIP and medical evacuation configurations.

VR-Technologies is an innovation design office of Russian Helicopters Holding Company established in 2014 to offer competitive research and technical solutions in the helicopter industry.