The fuselage of MC-21-300 aircraft delivered to Zhukovsky

The fuselage of the MC-21-300 aircraft, designed for endurance tests, was delivered to the Ramenskoye airfield (the city of Zhukovsky) from the airfield of Irkutsk Aviation Plant, a branch of Irkut Corporation (part of the UAC).

Specialists of the Corporation together with employees of enterprises participating in cooperation and TsAGI staff will assemble the MC-21-300 airframe and install the loading system.

Endurance tests are conducted to confirm the design solutions in terms of fatigue strength and operational survivability. During the tests, the airframe will be put to multiple loads simulating at least 180 thousand flights.

Assembly and installation of systems of the third MC-21-300 aircraft intended for flight tests are completed, its systems is in the final stage of adjustment.

The fuselage assembly of the fourth MC-21-300 aircraft is being completed.

The assembly of the fuselage compartments of the MC-21-300 aircraft, intended for delivery to a customer, has begun.

The TsAGI continues static tests of the MC-21-300 aircraft. 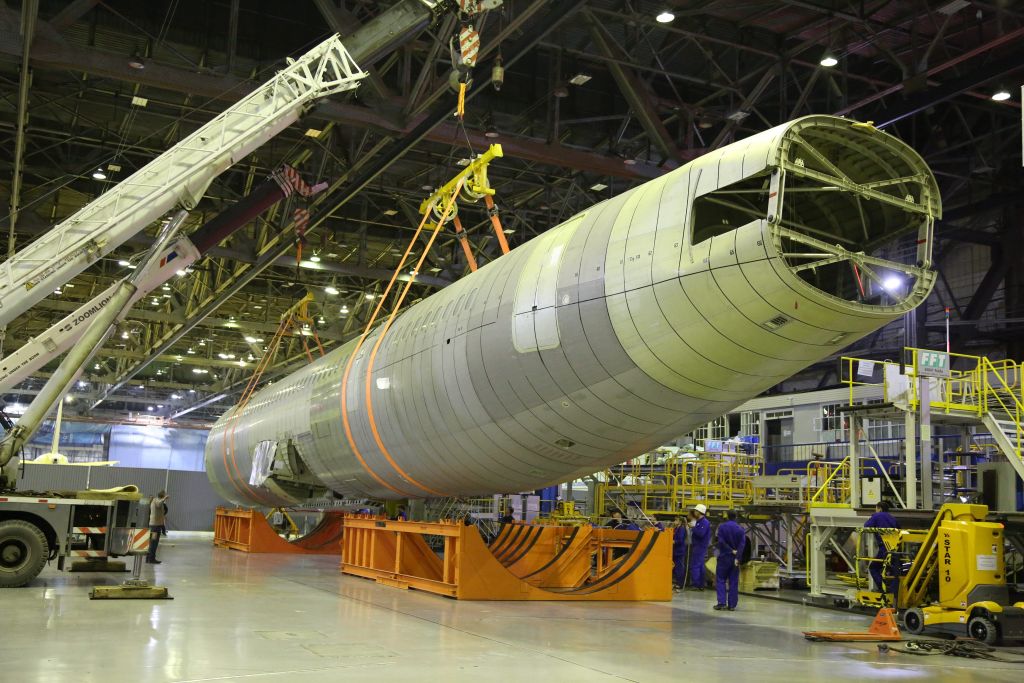 Loading comments for The fuselage of MC-21-300 aircraft delivered to Zhukovsky...