Leader of Its Class, The Safest and World's Best-Selling... All this is regarding Single Turboprop Pilatus PC-12! 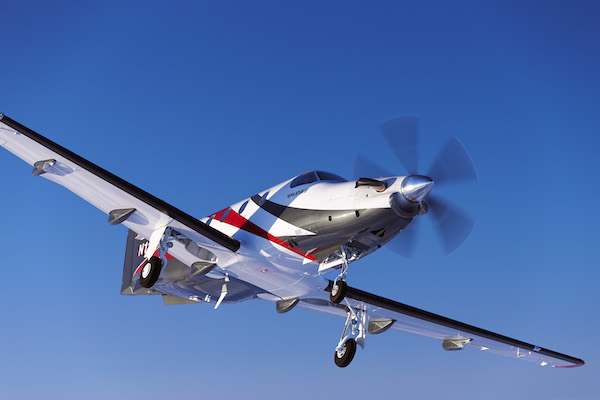 Extremely high demand, 80 PC-12 NGs sold in 2018.As a result, the PC-12 again claims the title of world’s best-selling single-engine turboprop in its category. One of the reasons behind this success is surely the fact that the PC-12 is one of the safest turboprops ever built, outperforming even twin-engine turboprops in this respect.

The global PC-12 fleet grew to over 1,650 aircraft in 2018. The PC-12 fleet leader has 34,000 hours in the air, the PC-12 with the most landings has more than 46,000! Demand remains high, allowing this Pilatus bestseller to tap into new markets. The PC-12 was approved for commercial use in Europe in 2017, generating a sharp increase in demand in this region in particular. Jetfly Group including Fly7 Management Company alone operates a fleet of 38 PC 12s from its base in Luxembourg. Interest in the PC-12 is spread across several market segments such as private businesses, fractional ownership programmes, charter companies, and for medevac and special missions.

The Pratt & Whitney Canada PT6 turboprop engine is one of the safest aircraft engines ever built – and a proven engine is an absolute must for a single-engine aircraft. Pilatus opted for the PT6 and has demonstrated that this single-engine is a well thought-through, economical and exceptionally safe option. Statistical data reveals that the safety record of the PC-12 with the PT6 exceeds other single-engine aircraft by far, outperforming even twin-engine turboprops.

The high-performance PT6A-67P engine is used at a 65 percent power setting in the PC-12. That means the engine is never exposed to the stressful conditions and high temperatures which it has been designed to cope with at full capacity. This delivers a massive reduction in maintenance and general wear and tear costs, resulting in very affordable operation.

Formula 1 pioneer Bernie Ecclestone and Dion Weisler, CEO of the Hewlett-Packard Company, both accord the PC-12 their confidence. The single-engine turboprop is widely regarded as the world’s most versatile single-engine aircraft and has a loyal client base which continues to grow by the day.

Pilatus carefully monitors market demand and adjusts production levels accordingly to avoid saturating the market and diminishing our customers’ investment in the PC-12. Independent providers of data services such as Rolland Vincent Associates confirm that the resale value of a PC-12 after five years of operation remains at around 83 percent of the original purchase price. The share of used PC-12 aircraft currently available on the market is not more than approximately four percent.

Oscar J. Schwenk, Chairman at Pilatus, is delighted with the enduring success of the PC-12 and remarks: “I’m very pleased that, once again, the PC-12 is the best-selling turboprop in its class. It is proof of the extent to which our customers accord the PC-12 their full confidence. An original will always be an original! Our goal is to offer the best single-engine turboprop combined with the best customer service in class – now and in the future!” 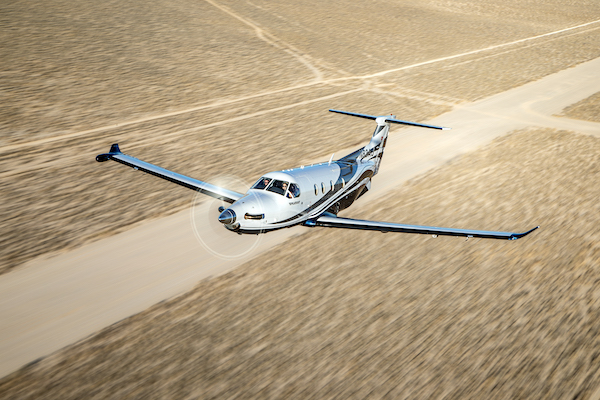 Loading comments for The Safest and World's Best-Selling Single Turboprop is Pilatus PC-12...