The stage is yours -Leonardo: technologies, innovations and training services

Dubai Airshow stage is waiting for the leading partner of Middle East in the aerospace, defence and security sectors - Leonardo.

The company is bringing new technologies and systems and looking for opportunities to cooperate on aerospace solutions. An experienced leader in unmanned systems and solutions for the 21st century metropolis, Leonardo is a strategic partner that can create value through successful collaborations, building on its proven track record as a global provider of innovative technology.

This drive toward new technologies is the rationale behind Leonardo’s investment in Skydweller Aero Inc., a start-up specialising in the development of large-scale solar-powered unmanned air systems, meeting international requirements for integrated surveillance architecture. Leonardo and Skydweller will host a dedicated media briefing on the second day of the Dubai Airshow. 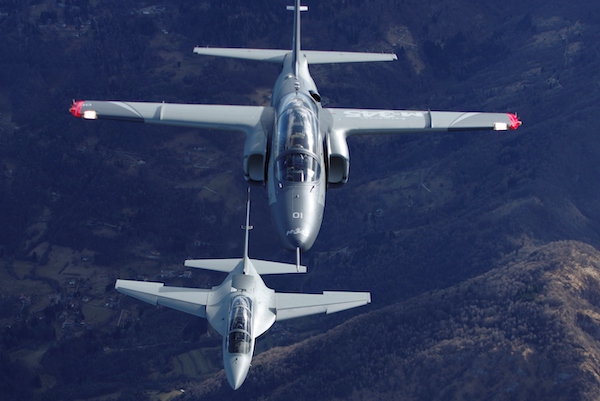 Leonardo’s investment in unmanned technologies will be evident at the show, with the Company exhibiting the Falco Xplorer, Leonardo’s brand new surveillance drone, and the unmanned rotorcraft AWHERO. The Falco Xplorer is the largest Remotely-Piloted Air System (RPAS) Leonardo has produced to-date, combining endurance of over 24h with a max payload of 350kg. The Falco Xplorer offers persistent, multi-sensor strategic surveillance for military and civil customers, either as an integrated product or as a managed service. The AWHERO is a state of the art 200kg-class unmanned helicopter developed for land and naval operations. AWHERO is a cost effective solution for tasks such as maritime and border surveillance, homeland security, pipeline and powerline monitoring, environmental and critical infrastructure monitoring and is well-equipped to support rescue efforts, relief work and damage assessment during natural disasters.

Leonardo will also be exhibiting its latest generation AW169 and will highlight the innovative AW609 tiltrotor. The AW169 is Leonardo’s flagship light intermediate helicopter, with five units currently being operated by Falcon Aviation of Abu Dhabi, the launch customer for the offshore variant. Leonardo’s presence in the regional helicopter market is significant, with over 230 of the company’s latest generation civil and military aircraft having been ordered by various Middle Eastern

customers, including around 100 by the UAE, where Leonardo is the market leader. Together with comprehensive support services and training packages provided locally, the legacy AW109 aircraft, the best-selling AW139, the latest-generation AW189 and AW169 models have all bolstered the success of the Company in the region, being selected by Oil & Gas customers and for VVIP duties. Approximately 90% of the UAE’s VVIP rotorcraft fleet are Leonardo helicopters.

The M-346 aircraft is displayed to show its two configuration: advanced jet trainer (AJT) and fighter attack (FA). The M-346 is able to respond to the most demanding requirements of Air Forces in the region. The M-346FA, equipped with Leonardo’s own tailored Grifo-346 multi-mode fire control radar, is a multirole light fighter and represents a highly cost-effective, tactical solution for the modern battlefield. At the same time, the FA retains all the attributes of the M-346AJT, including the Embedded Tactical Training Simulation (ETTS) suite. Leonardo is also marketing its new single engine M-345 at Dubai Airshow, the ideal basic-advanced training solution for Air Forces around the world, providing the cost effective opportunity to train on a modern, real jet aircraft. Already ordered by the Italian Air Force, the M-345 will also replace the MB-339 in service with the Italian Team “Frecce Tricolori” aerobatic team. Among the most notable air forces which have chosen Leonardo jet trainers, the UAE national aerobatics team “Al Fursan” also uses the MB-339 aircraft. 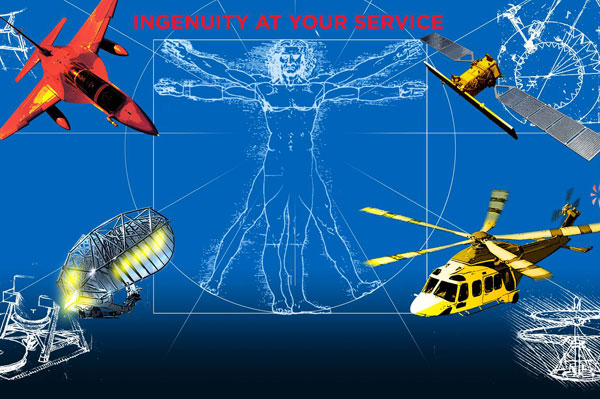 In the UAE Leonardo is also engaged in space activities, such as the KhalifaSat Earth Observation program, in collaboration with the Mohammed-bin-Rashid Space Centre in Dubai. Launched in October 2018, Leonardo supplied KhalifaSat’s solar panels, which consist in three identical deployable panels, each of them connected to Satellite’s structures and deploying mechanisms by means of mounting inserts. Telespazio, which has a major role in the European Galileo satellite navigation system, recently signed an agreement with UAE Space Company Yahsat, which will see the two companies cooperate in the fields of satellite navigation, telecommunications and geo-information.

A wide array of airborne systems and sensors will also be illustrated during the show, including the Company’s newest target drone, the M-40, the Osprey second-generation AESA surveillance radar, the mature and exportable Miysis DIRCM (Directed Infra-Red Counter-Measure) system, which was recently selected by the UK Royal Air Force, and BriteCloud, an expendable decoy with world-leading miniaturised Digital Radio Frequency Memory (DRFM) technology inside. To respond to the regional threats posed by hostile drone operators, Leonardo is also able to provide tailored Counter - Unmanned Aerial System (C-UAS) solutions, deployable by civil and military customers. Leonardo is already providing C-UAS expertise and technology to the Italian, UK, and US armed forces and in some cases its systems have been already been deployed to handle drone- related disruption at airports.

Loading comments for The stage is yours -Leonardo: technologies, innovations and training services ...