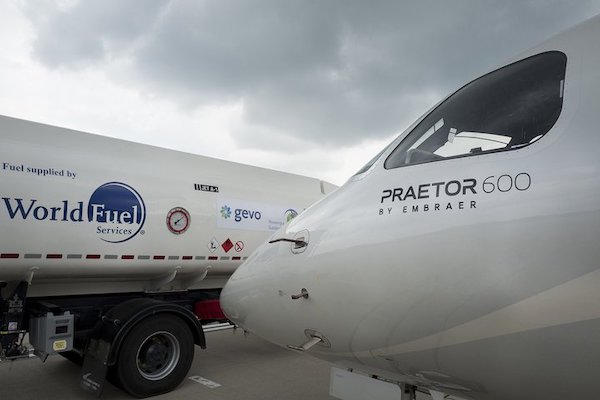 “Now certified by the key aviation safety agencies of the world, the Praetor 600 has proven to be the most disruptive and technologically advanced super-midsize business jet to enter the market, paving the way to begin deliveries now in the second quarter,” said Michael Amalfitano, President & CEO, Embraer Executive Jets. “Just over six months since its launch and debut, the Praetor 600 has already been outperforming its certification goals, raising expectations of the ideal super-midsize. Once again, I want to thank and congratulate the entire Embraer family for bringing to market such a revolutionary aircraft, designed to create a new value experience for customers and shareholders alike.”

Brazil’s Civil Aviation Authority (ANAC—Agência Nacional de Aviação Civil) awarded the new aircraft its Type Certificate on April 18 of this year. The Praetor 600 was announced and debuted at NBAA-BACE, in October 2018, and became the only super-midsize business jet to be certified since 2014.

The Praetor 600 began its journey to EBACE at São Paulo International Airport in Brazil, on May 8, arriving in Fort Lauderdale, Florida with a six-passenger equivalent payload of 1,200 lb (544 kg). This was the aircraft’s longest flight to date, covering 3,904 nm (7,230 kilometers) over an air distance of 3,678 nm (6,812 kilometers), having faced up to 43 knots of headwinds and descended into Miami’s distinct air space pattern.

On May 16, the Praetor 600 departed the U.S. to Europe fueled by Sustainable Alternative Jet Fuel (SAJF) to join the Embraer portfolio fleet at “Fueling the Future,” a business aviation biofuel event held at Farnborough Airport, on May 18. The Praetor 600 arrived in Farnborough, having departed from Teterboro Airport in the U.S. The first transatlantic flight of the Praetor 600 covered about 3,000 nautical miles with about 15,000 lb of fuel, of which 3,000 lb was SAJF.

The “Fueling the Future” event marked the first anniversary of the launch of the Business Aviation Coalition for Sustainable Alternative Jet Fuel (SAJF), at EBACE 2018, and the 10th anniversary of the Business Aviation Commitment on Climate Change, announced in 2009. The event gathered business aviation and civic leaders to discuss the path forward for the continued adoption of SAJF in business aviation, in order to fulfill the coalition’s goal of reducing emissions through investments and innovation. 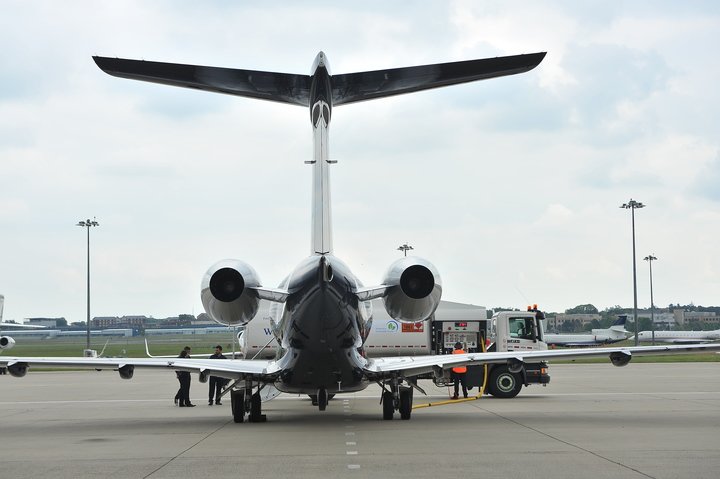 After unveiling Maker, Archer adds talents to the team

On June 10, Archer debuted its first demonstrator aircraft, capable of a 60 mile range at 150mph. The intimate, COVID-safe in-person event was held at the Hawthorne Hangar Operations and utilized...

U.S. Air Force has signed a contract with Electra.aero to strengthen advanced air mobility markets through the development of hybrid-electric propulsion systems for electric ultra-short...

First Global 7500 business jet arrived in Indonesia. This award-winning aircraft was recently delivered to an undisclosed customer based in Jakarta. With a worldwide fleet numbering more tha...