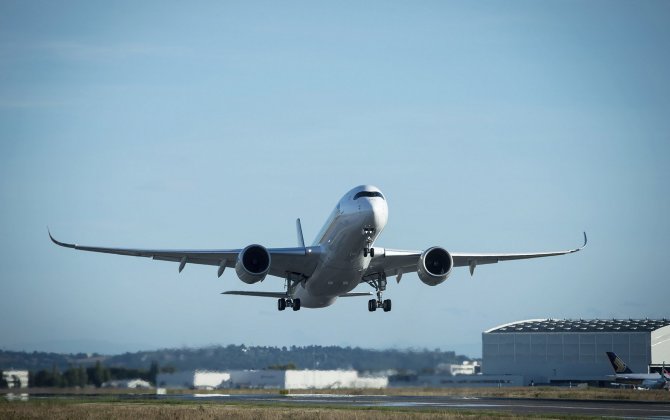 With the delivery of the first A350-900ULR to launch customer Singapore Airlines (SIA), the A350 XWB Family is positioned to lead the way for new ultra-long-range operations, including on the world’s longest commercial route, between Singapore and New York.

Airlines already use the A350-900 and A350-1000 primarily for long-distance flights, but there is also demand for non-stop services on extreme long-haul missions, which is why Airbus developed its new game-changing variant.

The A350-900ULR – derived from the A350-900 – has an extended range of up to 9,700 nautical miles. This was achieved by integrating a modified fuel system, which increases the aircraft’s fuel carrying capacity by 24,000 litres without the need for additional fuel tanks.

With a maximum take-off weight (MTOW) of 280 tonnes, the A350-900ULR is capable of flying over 20 hours non-stop, combining the highest levels of passenger and crew comfort with unbeatable economics for such distances.

Since entering service in 2016, the A350 XWB Family has set new standards for long-haul travel in the mid-size category. Based on a clean sheet design, it has brought a step change in efficiency, reduced fuel consumption and lower cash operating costs compared to the older-generation aircraft it replaces. And in service both the A350-900 and A350-1000 are demonstrating high levels of operational reliability and maturity. The A350 XWB’s flexibility also means the A350-900ULR can easily be reconfigured as a standard -900, if required.

Evolving the ULR from the A350-900 was made possible thanks to extensive design and upstream industrial studies at Airbus, avoiding complex modifications. Some of the engineering development, for example, involved the relocation of sensors in the fuel system – enabling existing tanks to carry the maximum fuel load for the ULR. This eliminated the need for additional fuel tanks.

In response to the economic impact of the COVID-19 pandemic and its impact on the aerospace industry, Tamarack is launching a temporary program with special pricing for its revolutionary Active Wingle...