The concept of the new model is based on the experience that the ZURI team has gained throughout the recent development process. The team completed the previous development stage in summer 2021 with successful technology demonstrator tests. The work on the demonstrator gave the ZURI development team answers to many questions concerning aerodynamics, control systems, the number and required output of power units, and other parameters.

Thanks to the information gained from previous developments and ground tests, the ZURI team prepared a new concept that considers all the positive and negative experiences obtained from the previous hybrid VTOL aircraft concept trials.

The basic parameters of the new ZURI 2.0 concept are as follows:

Number of passengers:     4 in the Executive version, 3 in the VIP version

With the introduction of the ZURI 2.0 model, the next stage of ZURI development began. During this stage, the team is already building smaller, fully functional ZURI 2.0 models, mainly to verify aerodynamic parameters and compare several versions of control systems. We will lock the design of the hybrid VTOL ZURI design during this development phase.

The company plans to develop hybrid VTOL aviation technology by certifying both models, i.e., ZURI 2.0 for passenger transport and ZURI 2.0 in the CARGO version. The certification will occur

under EASA (European Union Aviation Safety Agency), i.e., in the first years, VTOL ZURI will be intended only for the European market and markets where EASA certification is valid. ZURI is also interested in obtaining FAA certification for the North American market in the next step.

The hybrid VTOL ZURI technology aims at regional air transport. This market segment is currently facing several legislative restrictions to reduce the negative impact of air transport on the environment. Purely electric or hybrid technologies such as ZURI 2.0 can help reduce the adverse effects of aviation on the environment while allowing further development of regional aviation. In addition, ZURI can significantly expand regional air transport as VTOL technology does not need expensive airport infrastructure and thus provides take-off and landing from existing small airports, heliports, or any VTOL certified place with dimensions of about 25x25 m. 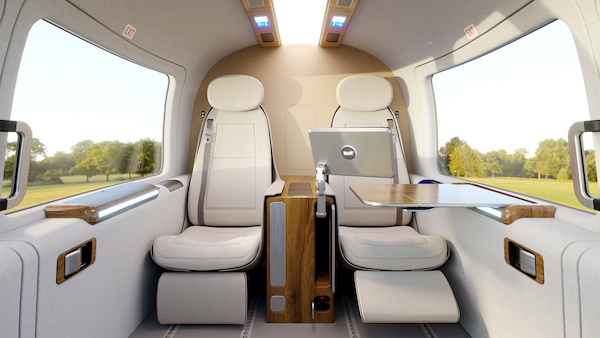