It is official now, so please welcome the Mitsubishi SpaceJet family of aircraft!

SpaceJet is the commercial name for the product family that includes the SpaceJet M90 (previously known by the developmental designation of MRJ90) and a new member, the SpaceJet M100, a new standard in regional air travel. The Mitsubishi SpaceJet family of aircraft is designed to address demand in the underserved regional jet market by delivering ultimate comfort for passengers and unmatched aircraft performance with more profit potential for airlines.

"The Mitsubishi SpaceJet family represents our plan to redefine the business of regional air travel," said Hisakazu Mizutani, President, Mitsubishi Aircraft Corporation. "This is a commercial segment where we see great opportunity. As we prepare for entry-into-service for the SpaceJet M90, we are also announcing the SpaceJet M100 – the result of our research and development during the past few years and the answer to the regional market's current and future needs. These products mark our dedication to a segment in desperate need of change that will allow airlines to enhance the satisfaction of their passengers and significantly improve their business performance." 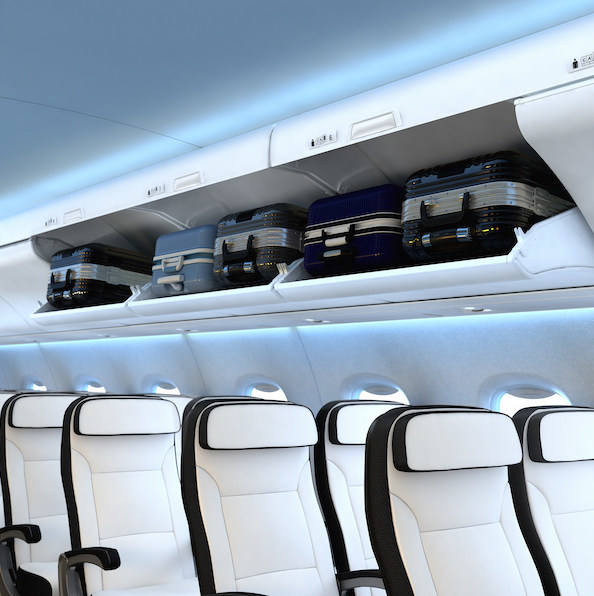 The SpaceJet M100 offers the most spacious and comfortable cabin in its class to drive improved passenger experience, designed to boost airline passenger loyalty.  The aircraft targets double-digit performance improvement, and has the lowest operating costs of any aircraft in its class. The aircraft features the widest and tallest cabin in its class, the roomiest economy seat and the most overhead bin capacity – one roller bag per passenger, eliminating the need for gate-check. Its cabin will feature the latest technologies and amenities, both improving passenger experience and creating more opportunity for ancillary revenue generation for airlines.

Having evolved from a concept study for the now retired MRJ70 designation, the SpaceJet M100 is designed to adapt to specific market needs while maintaining strength of performance. The SpaceJet M100 is perfectly matched to the United States and global markets alike. In the U.S. market, the aircraft is optimized to be scope clause compliant in the 65-76 seat, three-class cabin configuration. It can also be flexibly configured for other global market needs up to 88 seats single class, with industry leading operating economics throughout the full range of configurations. Leveraging the SpaceJet M90's clean-sheet design, the SpaceJet M100 similarly offers unmatched emissions and noise reduction and exceeds all the latest ICAO environmental standards.

In preparation to deliver the SpaceJet M90 in 2020, Mitsubishi Aircraft Corporation has significantly matured its commercial aircraft capabilities during the past several years. The company has worked closely with governmental partners to establish a certification system for Japan and has begun type certification flight testing in Moses Lake, Washington, U.S. with both the Japan Civil Aviation Bureau (JCAB) and the Federal Aviation Administration (FAA). In preparation for the future, Mitsubishi Aircraft Corporation has continued to grow key functions including customer support, sales, marketing, and new product development. On May 10  of this year, the company opened a new U.S. headquarters in Renton, Washington. With the Mitsubishi SpaceJet family, the company is well positioned to gain a foothold in the regional aircraft market and establish the foundation for a healthy, globally competitive aerospace industry in Japan.

"The regional market is an attractive one, full of untapped growth potential," said Alex Bellamy, Chief Development Officer, Mitsubishi Aircraft Corporation. "Millions of people around the world rely on regional air travel to get to where they need to go. There is no reason that their experience as passengers should not be as good as or better than on a mainline flight. The SpaceJet family provides the missing link in a curb-to-curb experience for the next generation of travelers, while bringing a higher level of value to a neglected and undervalued market segment."


Loading comments for Welcome the Mitsubishi SpaceJet Family of Aircraft...