On 10 of January Polish national carrier LOT flight LO 3924 crash-landed at Warsaw’s Chopin airport when Bombardier Dash 8 Q400 nose gear did not lock. It was the ninth similar happening with the same type of aircraft. In 2008, Canadian aircraft manufacturer managed to quench similar scandal by agreeing to pay out $164 million settlement with SAS Airlines. Maybe this is the reason why over 1000 planes, flying all around the world, were not scrapped. According to aviation experts, the malfunction of Dash Q series aircraft might be a design flaw and it cannot be fixed.

The incident at Warsaw on January 10 is far from uncommon. Less than a month ago, in December 2017, another LOT flight LO3844 had a close call in a very similar situation: pilots of Q400 reported problems releasing landing gear, but managed to solve the issue at the last moment and eventually landed safely at Warsaw.

The culmination point in the infamous Q-series chassis story was reached in the year 2007. That year, a Q400 operated by All Nippon Airways nose-landed safely at Kōchi Ryōma Airport on March 13, 2007. Since some media reports accounted over 70 separated incidents with the model (from faulty lighting to landing gear) in Japan, Bombardier acknowledged the Q400 had some "teething problems".

After a year of legal battles, Bombardier managed to reach a pricy settlement with SAS and silence the Q scandal. The Canadian plane maker paid the airline $164 million in settlement, but the real value of the deal might be much bigger (guessed at $1.75 billion), as SAS took a chance to renew its fleet as part of the deal.

SAS exchanged the settlement money into renewed fleet – they added 13 CRJ900 jets and 14 new Q400s. However, the Q400s did not go to the Scandinavian airline itself, but were passed on to affiliate airlines Wideroe and airBaltic. Interestingly, SAS sold their shares in these carriers in an upcoming couple of years.  And big surprise here – in 2016 one of airBaltic’s Q400 landed at Riga without its nose landing gear deployed. Which poses a serious, although rhetorical, question - is the happening from last week at Warsaw airport going to be the last one in Bombardier Q series history?

Aircraft being made until now; 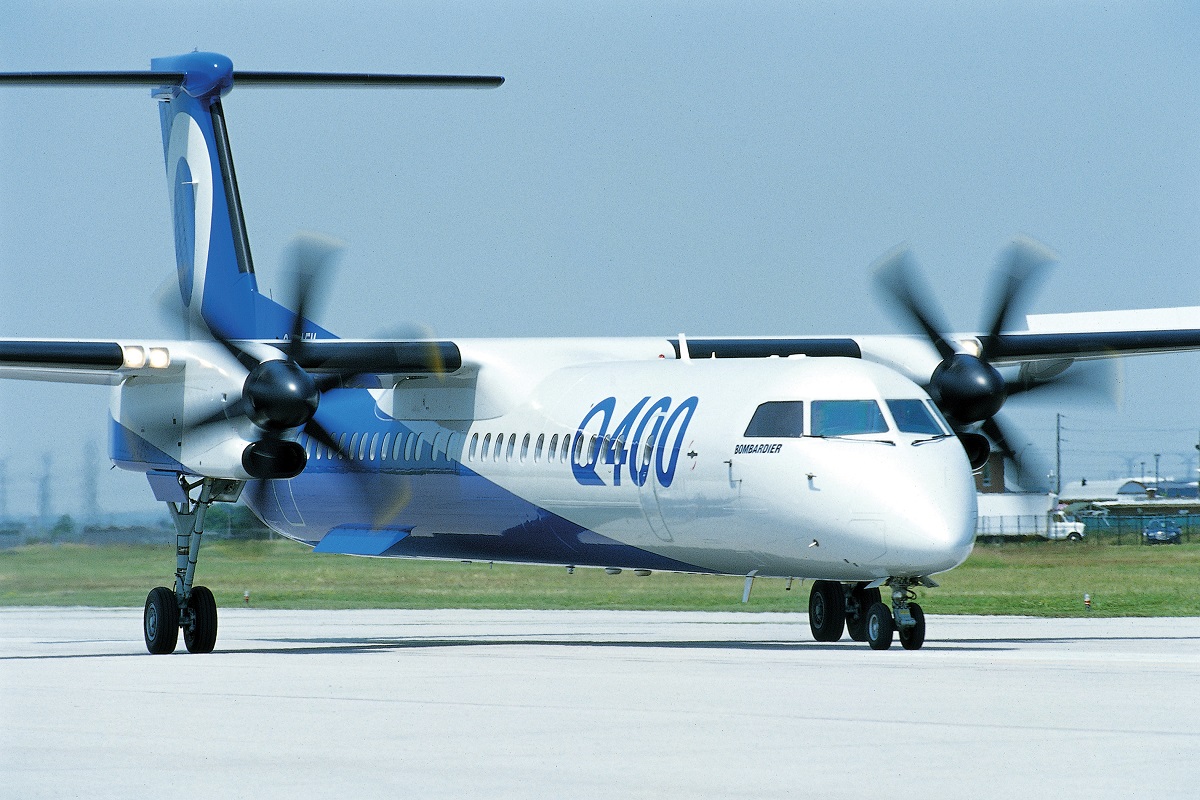