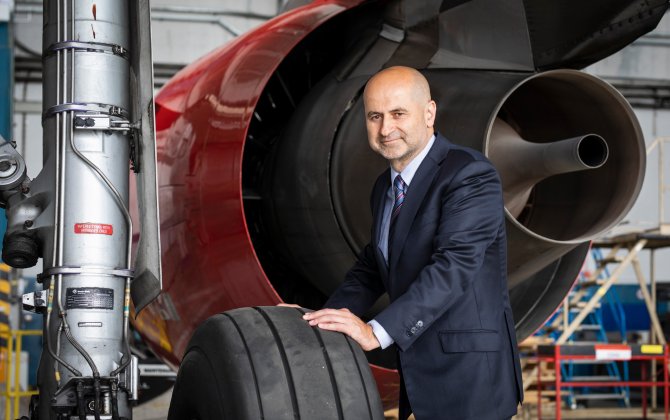 Czech Airlines Technics (CSAT), a daughter company of the Czech Aeroholding Group which provides aircraft repair and maintenance services, has appointed a new Vice-Chairman of the Board of Directors. Effective 3 September 2018, Mr. Igor Zahradníček (51) will be in charge of finance, development, procurement and logistics at the company.

“Czech Airlines Technics is a company with a long tradition where unique high-level expertise go without saying and quality and safety are not subject to discussion, but a must. Becoming a part of such a company’s further growth and this team is a challenge for me as a manager and I therefore look forward to working at CSAT,”Igor Zahradníček, the new Vice-Chairman of the Czech Airlines Technics Board of Directors, said.

For the last nine years, Igor Zahradníček worked as the CEO of TOUAX s.r.o., a producer and designer of modular buildings. In the 1990s, he held several management positions at PepsiCo and later was also in charge of companies DHL Logistics and Maersk Logistics in the Czech Republic. He graduated from the Faculty of Electrical Engineering of the Czech Technical University in Prague.

CSAT’s customer portfolio includes important airlines with whom the company has signed long-term agreements with guaranteed work volumes on B737, A320 Family and ATR aircraft. In line with the company’s growth and the ever-increasing demand for its high-quality services, a fifth
base maintenance production line launched its operations in Hangar F last year and new
facility for line maintenance was opened at Václav Havel Airport Prague in 2018. Alongside base and line maintenance, the company focuses also on aircraft landing gear maintenance and
component maintenance.

New Czech Airlines Technics Board of Directors as at 3 September 2018:

Universal Hydrogen announced it has executed a letter of intent with ASL Aviation Holdings. ASL will be a global launch customer for the turboprop cargo market and plans to purchase up to te...