The almost true stories and almost believable stories of St.Tosia are written by Cdr. Bud Slabbaert who claims that it is what he has experienced while residing on St.Tosia and monitoring what else is going on in the Caribbean.

Today it was officially announced that Dudley Didges will be St.Tosia’s new Minister of Civil and Other Aviation. The island doesn’t have an airport, but it has vision, which is quite refreshing and contrary to other islands in the Caribbean that have an airport but no vision.

In his inaugural address, the Honorable Didges revealed that he is planning on first building a 45ft/15m r control tower. When asked by a reporter of the St.Tosia Courier why he intends to build a control tower when there is neither an airport nor a runway, the stunning response was: “I have learned about the essence of control when my mother in law moved in with us. One needs to be the control tower in the battle zone and mentally go over exactly what you will say before communicating it over the radio. I believe in creating a control tower before tackling any development. Once one has control, all else will fall into place and it protects one from failure.”

The new Minister further announced that he is planning on developing a “helipad” for passenger drones. “This new category of air transportation vehicles will be emerging in the midst of a dramatic transformation in the way people and goods move around between the islands of the Caribbean.”

The Honorable Dudley Didges received a thundering applause. Encouraged by this overwhelming positive reaction, he went one step further by disclosing a vision of his that was not written on his prepared inaugural address, “I also intend to establish a St.Tosia aircraft register specializing in the registration of passenger drones. It will be unique, and the registration fees will add revenue to our island’s coffers”. 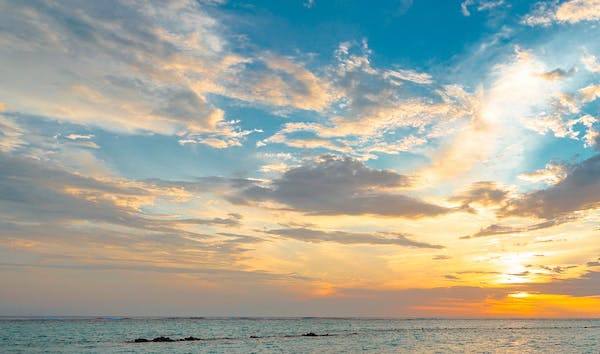 This remark pleased the Minister of Finances, the Honorable Sir Charles P. Dribcloss Sr, nicknamed Laundromat Charlie, to the point that he stood up and encouraged the audience to follow his example and give a standing ovation.

Currently the only air transportation service to and from the island is a flying boat service offered by Boulder Aviation. Nick Boulder’s seaplane has become something of a visual icon for St.Tosia.

Captain Nick, a former US Coast Guard pilot who was stationed at the Naval Air Station at Miami’s Opa-Locka Airport, had bought himself a “retired” Grumman Albatross search and rescue seaplane.  It took him about 3 years to fix it up near his home in Florida. One day, a friend of a friend asked him if he could fly him to his uncle’s mega yacht that was anchored near St.Tosia. Because the island doesn’t have an airport and he didn’t want fly to another island first and then try to find a ferry to St.Tosia. Once on St.Tosia, Nick recognized the opportunity and started planning a seaplane charter operation.

His flying boat is able to land directly near some island resorts and is an excellent tender to bring owners and passengers to their mega-yacht.  Maybe a sightseeing trip every now and then, or sometimes a medical evacuation.  Nick found a good location in Baiana Bay at the West side of the island. There was an abandoned ship wharf with a concrete ramp for launching small yachts and that that was just what Nick needed as his seaplane base. There was only a tool shed on the premises and so Nick built himself a small kiosk-style terminal. Proudly he calls his operation “Boulder Aviation”. But everyone on the island and all his regular clients know it by the name of his flying boat, the “Hop-Skip-Jump-Sally”.

Nick’s second hand in the operation is Marvin Stillwater who was Small Arms Petty Officer at the Naval Air Station of Opa-Locka.  His job on amphibious aircraft was to supply the pyrotechnics (smoke, flairs, etc.) that may be needed for a mission, and to deploy them. It meant just pulling a pin and throwing them out the open door toward the ocean. It is said that Marvin was one of the best in entire US Navy doing this. Marvin could even pitch them out with a curve ball effect. He used to coach his son’s grade school baseball team.

The other key person in the operation is the station manager, Leopold, a truly St.Tosia born native. There is a funny story about him, and I don’t know if it is true. His real name actually seems to be Richard but since he only has a few teeth of which one gold one left in his mouth, he always had a problem when customers asked what his name was. So instead of answering ‘Whitchawd’, he says Leopold.

When Capt. Nick Boulder is asked a bit more on how he feels about his amphibious operation.

“The upkeep of the old Albatross may be more costly, but it is like a so-called high maintenance woman, you still love her. “Hop-Skip-Jump-Sally” is my babe, she’s holding up well and she worth it to me. My operation doesn’t bring in a fortune; I knew that from the beginning; but wealth and glamour were not my objective. I can pay for my shelter and food. And at least, I have a hammock! … Do you? I fell in love with St.Tosia when I came here and decided that that is the place where can I feel good without the stress of flying in areas where there is lot of traffic in the air and on the ground. I love the islands, the beaches, the people and the turquoise waters where I land.”

“My stress is to figure out where the put the crates of bananas and still take passengers along, or vice versa. There’s is always some commotion, but here things are as they are, they come as they come, and all turns out in ecstasy. I’ll give you an example.”

“Celebrations for the islanders usually involve roasted pig meat. One day, I’d be delivering several small pigs and one large one, at least 300 pounds, to a village on one of the more remote islands. The small pigs came in cages. The big one we had to put under a net secured by cargo straps. As we were midair, I heard a commotion behind me in the cabin. My pulse quickened as looked back and I saw the large pig working his way out from under the cargo net. Having a panicking pig in the cabin as far worse than having a passenger who is freaking out. Marvin went into the cabin and was able to grab his tail and pulled for all he was worth and repositioned the pig into place. Marvin pulled on the cargo straps until the hog could barely breath and his eyeballs nearly bulged. When distractions interrupt our work, we can’t forget to do what we're there to do. Fly the plane.”

“Having a career as a uniformed pilot of a more formal and organized operation may be one person’s dream, my choice was being happy in a more laid-back environment. Yes, it may be more strenuous than most pilot jobs because of the change of the tides and the wind, and the boats and jet skis of tourists. But, if I want to, I can fly in my swimsuit. I’m an aviator but I’m also good swimmer if need to. I’m just as amphibious as “Hop-Skip-Jump-Sally”. Although…, I dress a bit more formal when picking up passengers from a mega yacht, which means everything khaki…., safari jacket, shorts and knee-high socks, and the four golden bars at the epaulettes on my shoulder. Everyone knows me as Cap’n Nick, they know how I’m and what I can accomplish. What else is important?” 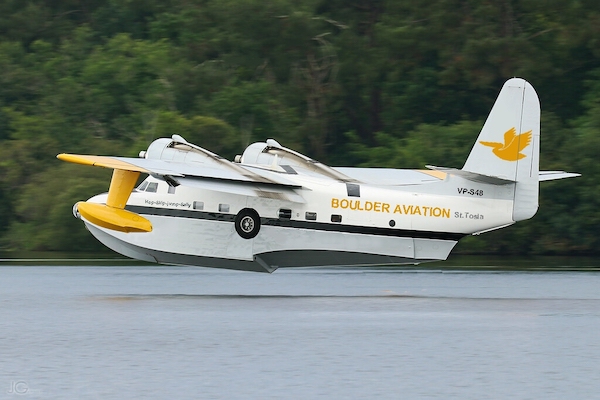