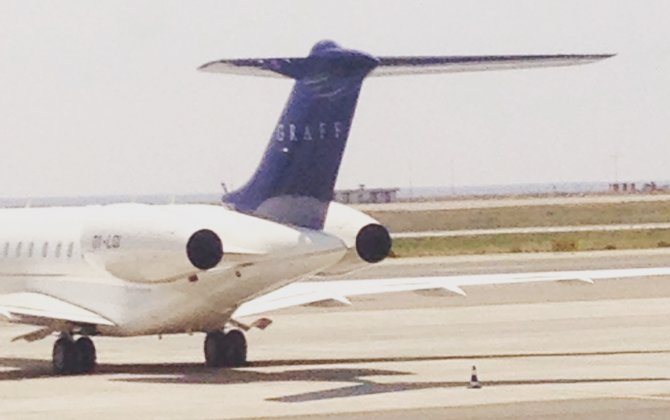 With only enough room for 14 passengers, the Bombardier Challenger 850 might not be the biggest aircraft in the sky but it’s the largest super-midsize aircraft Bombardier Aerospace has ever made. First making its way into the sky in 2006, the Challenger 850 is still in high demand today thanks to its transcontinental range that allows it to travel over 3,200 miles before needing to refuel. Whether you want to take your friends to Las Vegas for the weekend or jet overseas, the Challenger 850 is perfect but only if you’re lucky enough to get your hands on one of these bad boys.

“Every inch is legend” on the Falcon 900LX, at least that’s what Dassault Aviation said when they released their latest craft in 2012 debuting the newest winglets in the series. In addition, this fuel efficient machine is a pilot’s dream to fly clocking in at 66 feet long with a 63.5-foot wingspan and plenty of room for 12 passengers. As if it couldn’t get any better, its range is one of the best in the industry with the ability to easily make the trip from the eastern United States all the way to India in a single flight!

When it comes to “going green” and helping the environment, the Bombardier Global 8000 does its fair share with the lowest fuel burning and emissions in the entire family of ultra long-range business jets. Still in development today and projected to fly further than any other jet in the industry with the ability to connect Sydney to Los Angeles and Hong Kong to New York, the eight-passenger plane was initially scheduled for introduction in 2017 but has since been delayed anywhere from two to three years.

The transport method of choice for the rich and famous is jets, yachts and luxury cars.The popularity of private jet travel is only increasing as well as a different interiors for jets.According to th...

These are the most interesting facts that you need to know as a frequent private jet flyer.- Oprah Winfrey (owns the Bombardier Global Express XRS), Jay-Z (owns Bombardier Challenger 850) and Jac...

Before you disregard this and feel like it's completely out of your reach, it's not. Did you know that you don't actually have to be a millionaire or own a private jet to fly in one? How special w...

Tips for flying on private jets

Chartering a private jet allows you the opportunity to experience theconvenience, timesaving, flexibility, comfort and luxury not available on acommercial flight, even in first class. 1. Let the exper...

Deal Of The Week

Charters Luxury offers a host of in-flight entertainment options and exclusive events. Customers can also take advantage of promotion packages such as ‘'Deal of the Week” which includes a pr...