A ride with a hot air baloon over Jurmala

A small European country where I come from, Latvia, has his own aviation history. This time I want to share some quite positive facts regarding side seeing flights end of 19th beginning of 20th century already! This fact are knows thanks to A. Radovic's book "History of Dubulti".

Talking to old habitants of Jurmala, you can sometimes hear stories about balloon pilots who showed their art to people on the beach at the end of 19th century. In 1892, a pilot arrived in Dubulti and promised to take off a balloon in the air for 3,000 feet.

One Sunday, hundreds of swimmers gathered near the garden of Dubulti health resort to watch the wonders never seen before.

That day was quite a disaster for the pilot - climbed only 300 feet, it falls into the sea on the third shore and, with the audience laughing and applauding, soaked walked out.

In 1900, the same attempt took place. But the pilot soon falls into the birch on Baznīcas Street. A lady also tried the same air ride, but fell into the island's forest and arrived at the beach an hour later, where she was greeted by applause and champagne.

In 1912, flying attempts took place. In 1913, a pilot carried passengers on a beach. It took off from the seashore for 5 minutes in the air and made a small flight. Jūrmalnieki says that mostly it were ladies have applied for air rides. 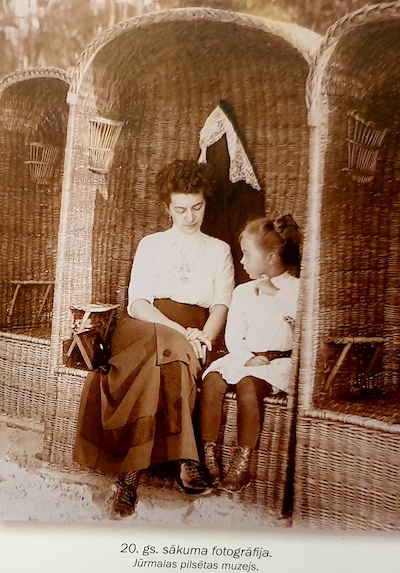 
Loading comments for A ride with a hot air baloon over Jurmala ...

Time to time, we all are looking for an unusual, a modern, a new-on-the-market way to invite your clients and colleagues to events.So, there is the latest one to do so – Aviation pulse App.The way to...

The Making of the Falcon 8X

For colleagues who are sharing the good taste... Amazing video from Dassault FalconTrue pleasure! Such a respect for every team member!

How to fly the world's largest passenger aircraft

If you ever had any questions how to fly an Airbus A 380 - you can have some of answers from Emirates captain. He gives a tour of the Airbus A380 flight deck and explain how the world’s largest p...

Hello everyone!First of all, I am happy we are growing day by day! Thank you! We are happy to welcome each and every day many new readers! As you might have heard ...Stay tune and get the best with us...

Strasbourg Christmas Markets: a success story dating back to 1570

Attention everyone - Christmas time is coming!Strasbourg is a magic place to live this most wonderful time of the year. This is the first time you can take a flight and discover Strasbourg and its Chr...