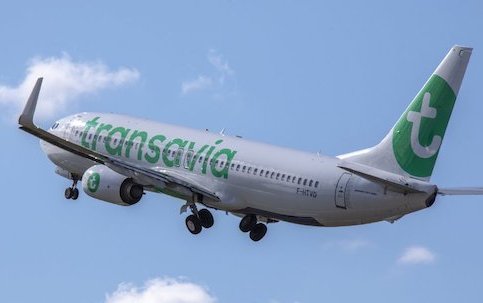 The Air France-KLM group took an important step in its development, with the signing of an amendment to the group's “Air France-Transavia pilot agreement” allowing Transavia France to operate on domestic routes within France.

This agreement has been concluded between Air France and Transavia France's management and the SNPL Air France-Transavia, the majority union of Air France pilots, which submitted it to its members via a referendum. The 82,63% turnout and 90,37% of votes in favour reflect the responsibility of the pilots and the overall desire to provide Air France with the means to overcome the COVID-19 crisis and emerge stronger by reorganizing its domestic network. This network has been loss-making for several years despite continuous restructuring since 2000, and is subject to strong competition faced with the constant growth of low-cost airlines and the TGV high-speed train network.

The amendment to the group agreement provides for Transavia France to operate routes on the domestic network and changes the medium-haul activity guarantees in line with the levels of activity expected on the domestic network in the coming years. In September 2019, an agreement had already been signed, lifting any limitation on the growth of Transavia France's fleet.

Set up in 2006, Transavia France is the low cost airline of Air France Group (comprising Air France, its regional subsidiary HOP! and its low cost subsidiary Transavia. The Air France Group is a subsidiary of the Air France-KLM Group). It is a major strategic asset for the group, notably enabling it to take advantage of the buoyancy of the leisure market in France and to respond to competition from international low-cost operators in an efficient and appropriate way. Transavia France operates more than 100 routes to Europe and the Mediterranean region from its bases at Paris-Orly, Nantes, Lyon and Montpellier. In 2019 it carried 7.4 million passengers (+5%) and posted a load factor of 92.8%. 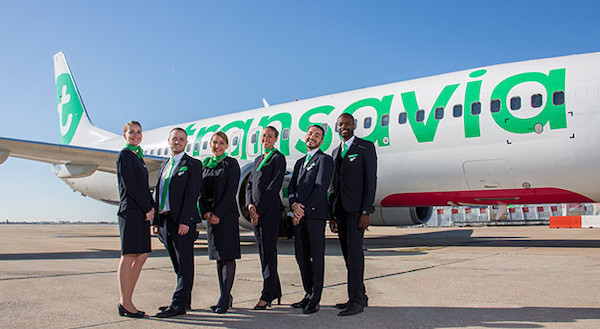 These changes will enable the Air France Group's short-haul operations to be rationalized to ensure sustainable profitability. In this way, by 2023:

The development of Transavia France on the French domestic market is a key step in Air France's strategic plan to improve its financial performance. With this new offer, the Air France group will be competitive in each sector where it operates and is using the right tools in each sector, with an adapted product and model (position in the leisure, regional, connecting and point-to-point markets, short, medium and long-haul services, the Economy, Premium Economy, Business and La Première offer, as well as the Flying Blue frequent flyer programme).

This reorganization will enable the Air France group to take full advantage of its geographical position, as France is the world's leading market in terms of inbound traffic.

Transavia France will shortly be announcing details of the routes it plans to operate and the schedule for their launch.

The proposed reorganization of short-haul operations is also part of the Air France-KLM Group's drive to step up its efforts in the field of sustainable development, which are are already among the most ambitious in the industry. The routes between Paris-Orly and the French regions, for which there is an alternative in less than 2hr30 by train, will be closed and the fleet will be renewed at a sustained pace with the arrival of the first Airbus A220-300s as from September 2021. These latest-generation aircraft are one of the main levers used by Air France to reduce its carbon footprint and will reduce CO2 emissions by 20% compared with the Airbus A318s and A319s they will replace. Air France will also continue to proactively offset all its customers' CO2 emissions on domestic flights.

The Air France-KLM Group is continuing to reorganize all its activities. It will do its utmost to limit the impact of these changes on its employees throughout the world and will continue to work responsibly with all social partners to ensure that this difficult but necessary transformation is carried out in the best possible conditions.

"The rapid endorsement of this agreement is a major step forward in the Air France-KLM Group's recovery strategy," said Air France-KLM CEO Benjamin Smith. "At a time when our sector is experiencing an unprecedented crisis and is entering a phase of profound change, we have taken an essential step towards achieving sustainable improvements in our economic and environmental performance. Transavia France is a differentiating asset for the Group and today we are opening a new chapter in its development, together with all our stakeholders, who are determined to ensure the successful future of Air France.”

"Air France's domestic market is one of our Group's strategic assets, and connecting the French regions and linking them to the rest of the world is an integral part of our activity. To ensure this activity continues, it is now essential to restore its balance. I welcome the quality of the dialogue we have had with all our social partners to ensure Air France achieves this by 2023, by making the best use of our various airlines' unique assets. Together with the renewal of our fleet, this reorganization of our operations will also enable us to achieve our sustainable development objectives, with a 50% reduction in our domestic CO2 emissions by 2024. In the face of this reorganization, unwavering solidarity between the group's different companies will be a priority," said Air France CEO Anne Rigail.


Loading comments for Air France signed majority agreement for the development of Transavia France on the domestic network...