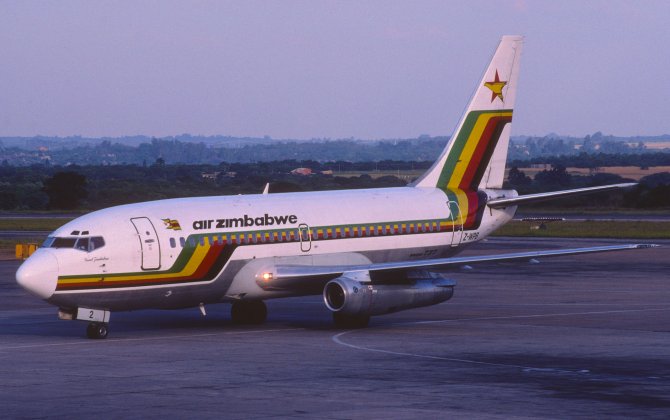 Passengers on board a recent Air Zimbabwe flight were left disgusted after a liquid seeped into the cabin from a lavatory.

The airline has denied claims that human waste flowed down an aisle after a passenger's photos of the mess surfaced on social media.

The person who snapped the images, which show a long streak of liquid and a flight attendant trying to sop it up with towels, told local media "effluent" poured from the Boeing 767-200's lavatory mid-flight.

A South African journalist on board flight UM467 posted the photos on social media, claiming "effluent began pouring down the aisle"about halfway into the journey, New Zimbabwe reported.

The journalist said the flight crew did not make an announcement to explain what was happening and were upset that people were taking photos.

The journalist, according to New Zimbabwe, said: "They threatened to hand me over to security operatives for 'trying to embarrass' the airline."

Air Zimbabwe denied the journalist's claims, insisting the liquid that was leaking from the lavatory was clean, odourless water.

It claimed a faucet was left running and the basin overflowed until an on-board engineer turned off the water supply to that lavatory.

In a statement, the airline said: "The perceived raw effluent in the cabin being depicted in the social media is the effect of light glare."

Air Zimbabwe described local media reports as "sensational and exaggerated" and blamed the mishap on a "minor fault in the lavatory system".

The airline said: "The online reports which suggest sewer flowing in the cabin are not true because it is technically impossible for the waste to flow back as the B676 aircraft's waste system uses a vacuum source to suck waste to the collector tank."

It said the system has "safety nets" that prevent human waste from overflowing.