Do you now what is Airbus Charter Service? Here is the answer -  a service between Toulouse International Airport and Airbus’ Finkenwerder sites,to commute between both Airbus sites. Volotea has been selected by Airbus to operate the Airbus Charter Service or the next five years. Volotea serves this route from Monday to Friday. Volotea operates this route with two dedicated Airbus A319s, especially suited for this high-demand-short route, with extra-wide aisle for fast turnarounds.

A new Volotea base is launched in Hamburg and creates ten new jobs locally to manage these operations.

“We are very proud to have been selected to operate this prestigious service. The signature and the maiden flight of this shuttle is the first step for an operation that will continue for the next five years. We are delighted to offer an excellent travel experience to Airbus’ employees for their connection between Toulouse and Hamburg” said Carlos Muñoz, Founder and CEO of Volotea.

In 2015, Volotea officially announced in Toulouse its decision to choose the Airbus A319 as the model for its ambitious fleet growth plan. In 2020 Volotea will operate 24 Airbus A319s, after incorporating five additional units. 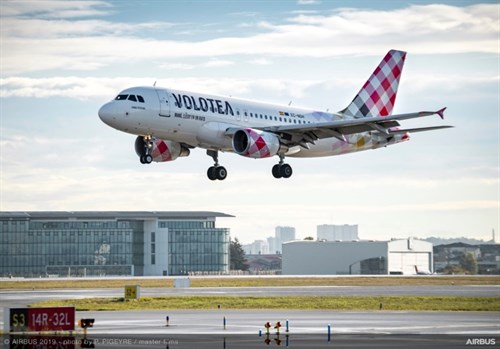 Volotea, the airline of European mid and small-sized cities, has carried more than 25 millionth passengers since its first flight in 2012 and 6.6 million in 2018.