French prosecutors said on Thursday that further analysis of a piece of an airplane wing that washed up on a remote Indian Ocean island had allowed investigators here to determine “with certitude” that it came from Malaysia Airlines Flight 370, which disappeared in March 2014 with 239 people on board.

Investigators examining the debris, which was found on the French island of Réunion in July, said that a serial number inside the wing piece corresponded with records of the Spanish company that supplied the piece to Boeing, which built the plane, a 777, in 2002.

Experts from Boeing and the United States National Transportation Safety Board had previously determined that the wing piece, known as a flaperon, was from a Boeing 777. But an initial examination in August failed to find any unique identifying numbers to establish an irrefutable connection to the missing plane. 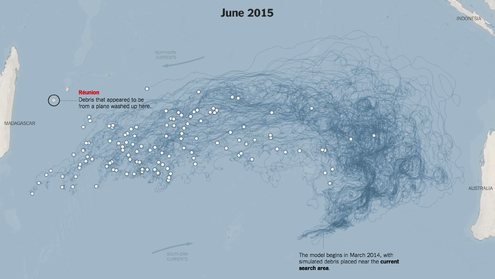 In a statement, the Paris prosecutor’s office said that technicians from France and Spain identified three serial numbers from inside the flaperon by using an endoscope — a flexible tube with a light and camera on its end — and matched one of them with the manufacturer’s records.

The discovery confirmed an Aug. 5 declaration by Prime Minister Najib Razak of Malaysia that the part had definitely come from the plane.

It also eliminated lingering doubts about the part’s link to Flight 370, which were based on a modification to the flaperon part that did not appear to match what investigators had expected based on the airline’s maintenance records.

But experts have said that a positive identification of a single piece of the plane isunlikely to yield significant clues to where precisely the plane crashed into the sea.

Purchasers of Model Year 2020 versions of the Kodiak 100 aircraft will benefit from free scheduled maintenance during the ﬁrst two years of ownership with the Kodiak Care Maintenance program announced...

June 2020 is quite positive and reach on new project announcements for AMAC Aerospace. Let's see in more details: maintenance projects on two Airbus ACJ320, new contract on a Boeing B747, new proj...