The agreement was signed by Jahangir Askerov, President of CJSC Azerbaijan Airlines and Kevin McAllister, President and Chief Executive Officer of Boeing Commercial Airplanes. The cost of the agreement is estimated at  $1.9 billion. Delivery of aircrafts is scheduled for 2019-2020.

The agreement was signed within the framework of the largest international aerospace exhibition Dubai Airshow 2017. 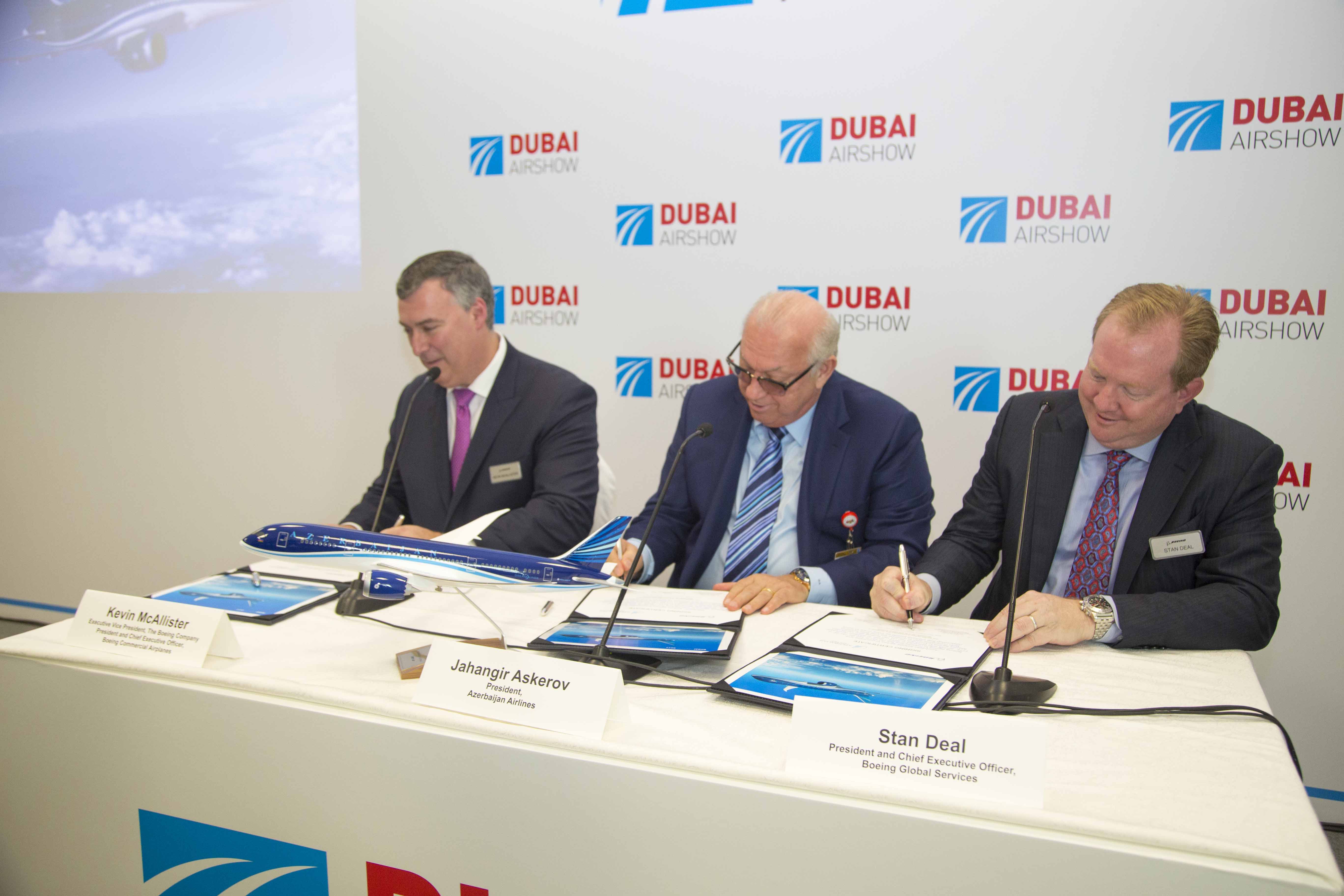 "The decision to place an order for additional 787 Dreamliner aircrafts will significantly expand the capabilities of our airline - the purchase of new aircrafts will help us expand the geography of flights and handle increasing passenger traffic. We are satisfied with the expansion of cooperation with Boeing Corporation, which is Azerbaijan’s reliable partner in supply, operation and maintenance of modern passenger aircrafts," AZAL President Jahangir Askerov said.

"We highly appreciate the constant trust of the Azerbaijan Airlines to the Dreamliner aircrafts," Kevin McAllister, President and Chief Executive Officer of Boeing Commercial Airplanes said. "The highest level of efficiency and comfort provided by the new 787 Dreamliner aircrafts is in line with the airline's fleet modernization plans and will help to open new routes, securing their long-term success for many years to come." 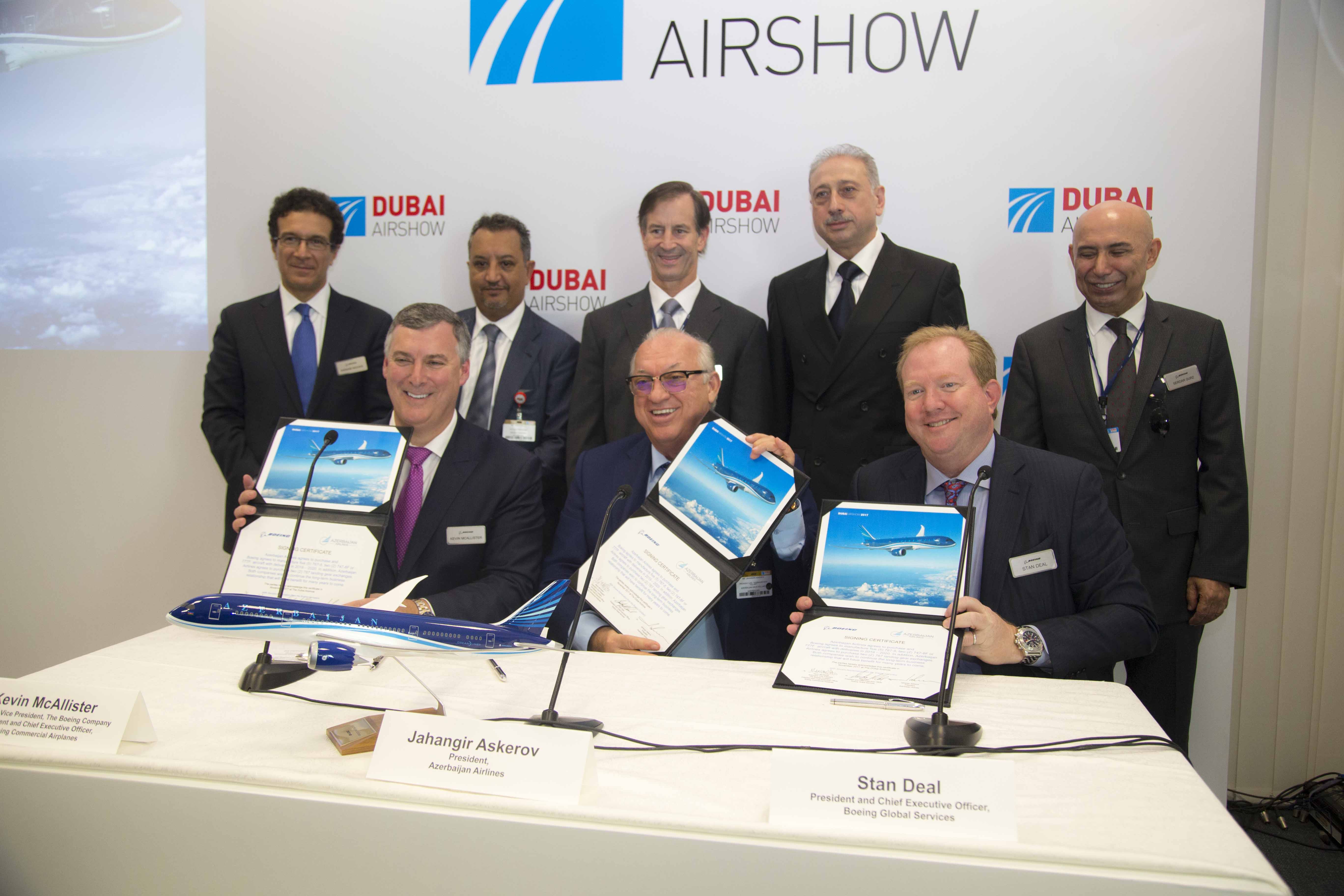 AZAL has one of the newest airplane fleet. The airline has a long history of cooperation with Boeing Corporation and currently operates Boeing 787 Dreamliner, Boeing 767 and Boeing 757 aircrafts. Azerbaijani national air carrier’s fleet will also include modern Boeing-737 MAX aircrafts from next year.