Boarding between U.K. and United States - latest updates from Virgin Atlantic and Delta

For all passenger flying between UK and United States - some immportant updates, which can improve your travel experience!

Virgin Atlantic and Delta Air Lines are boosting flights between the U.K and U.S. from next summer, which sees Delta join Virgin Atlantic at Gatwick Airport for the first time together.  It means that between the two airlines, capacity across the Atlantic has increased by nearly 10,000 seats per week over the last year, offering customers unrivalled customer experience and more choice than ever before.

Gatwick will become Delta’s seventh trans-Atlantic destination served nonstop from Boston when flights begin on 22nd May 2020. One day before, Virgin Atlantic will launch a daily flight to New York-JFK from Gatwick. Together the airlines will offer up to four daily flights to three U.S. cities next summer.

Delta’s return to Gatwick will mark the first time the airlines have both served the airport since their partnership began in 2014. U.K.-bound customers flying from the northeast United States will benefit from up to 18 daily flights between Boston and New York and two London airports, plus Manchester, Edinburgh and Glasgow.

“We’re excited to return to London Gatwick, which is where we launched our first U.K. destination over 40 years ago as well as Manchester, and continue to grow our international network from Boston,” said Roberto Ioriatti, Delta’s vice president Transatlantic. “Together with Virgin Atlantic, we are strengthening our presence in the northeast U.S. and in London, offering customers a greater choice of destinations combined with the excellent service they can expect from our airlines.”

Beginning March 29, 2020, Delta and Virgin Atlantic will increase capacity between New York-JFK and London Heathrow by 15% – providing more flight options for when customers want to travel. Delta will increase its services to three daily frequencies, with Virgin Atlantic operating five. This includes a daytime slot from JFK-Heathrow for the first time, operated by Delta, complementing the daytime Boston-Heathrow and JFK-Heathrow service currently offered by Virgin Atlantic.

Virgin Atlantic’s Heathrow – JFK flights will be the first route to enjoy the new A350 from September 2019.  As the latest plane to join the airline’s fleet, the A350 offers an entirely redesigned cabin, with a brand new Upper Class suite and innovative new social space called The Loft, allowing customers to dine, catch up with friends or even take a business meeting in this unique area.

Virgin Atlantic is also set to increase flights to important west coast hubs, as it ups frequencies from Heathrow to Seattle from seven to 11 per week, representing a 57% growth in seat capacity since Delta originally launched the route in 2014.  Los Angeles will also see services rise from 14 to 17 flights per week, with up to three services per day operating in the busy summer months and will be the second route to be operated by the A350 next year.

Juha Jarvinen, EVP Commercial at Virgin Atlantic, commented: “Our announcement today marks another phase of growth, both for our transatlantic network and for our partnership with Delta.  I’m delighted that between us, we’re increasing our presence across our hub airports of Heathrow, Gatwick and Manchester, reaffirming our commitment to provide our customers with more choice, convenient schedules and an unrivalled customer experience across the Atlantic. Our increased services to Los Angeles and Seattle further cement our commitment to our west coast flights, which follow the introduction of our exceptionally popular Manchester – Los Angeles route that launched earlier this year.”

Upper Class and Delta One customers, plus with Gold Card and Delta SkyMiles Platinum members can continue enjoy access to the Virgin Atlantic Clubhouses at both London Heathrow and London Gatwick Airport where they can enjoy a la carte dining, an exclusive bar offering and even a spa treatment before they travel. 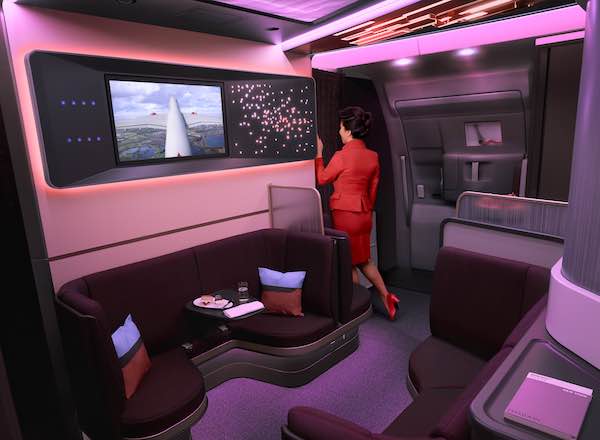 Delta will return to Manchester, with a new peak-summer service to Boston effective May 21, 2020 taking over Virgin Atlantic’s current operation. Flights will increase from the current three per week to a daily service, offering an extra 45% capacity versus last year.

Manchester will become the eighth Transatlantic destination served nonstop by Delta from Boston, while flights to Atlanta, New York-JFK, Las Vegas, Los Angeles and Orlando will continue to be operated by Virgin Atlantic. Together the airlines will offer a schedule of up to six daily flights to Manchester from six U.S. cities next summer.

Customers flying on Delta and Virgin Atlantic-operated flights enjoy Wi-Fi connectivity, fully flat-bed seats, in-seat entertainment for every customer and a host of special touches to make every flight memorable. 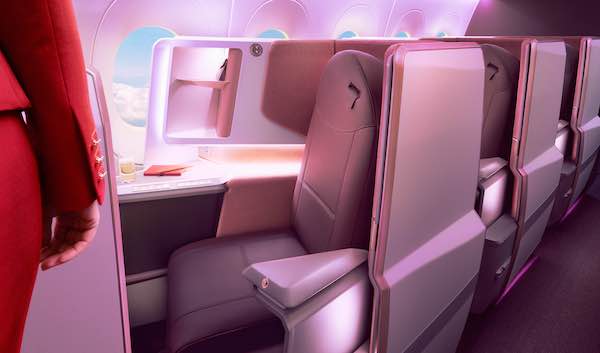 Loading comments for Boarding between U.K. and United States - latest updates from Virgin Atlantic and Delta ...

Bombardier Aviation and the International EPD System, an environmental declaration program based in Sweden, announced a first in business aviation with the publication of the Environmental Produc...

Flights to London by airBaltic from all three Baltic States