The collapse in demand for air travel due to the Corona pandemic led to an 80 percent drop in revenue for the Lufthansa Group in the second quarter to 1.9 billion euros (previous year: 9.6 billion euros). Most of the revenue (1.5 billion euros) was generated by Lufthansa Cargo and Lufthansa Technik.

In addition, the negative market value development of fuel cost hedging contracts had a negative impact of 782 million euros on the financial result in the first six months of the year. Compared with the first quarter, this effect decreased by 205 million euros. The Lufthansa Group net result for the first half of the year thus amounted to minus 3.6 billion euros (previous year: minus 116 million euros).

Traffic development in the second quarter of 2020
In the second quarter of 2020, the Lufthansa Group airlines carried 1.7 million passengers, 96 percent fewer than in the previous year. Capacity fell by 95 percent. The seat load factor was 56 percent, 27 percentage points below the previous year's figure. Freight capacity offered fell by 54 percent due to a lack of capacity on passenger aircraft. The decline in freight kilometers sold was 47 percent. This reflects an increase in cargo load factor by 10 percentage points, to 71 percent.

Traffic development in the first half of 2020
In the first six months, the Lufthansa Group airlines carried a total of 23.5 million passengers, two thirds fewer than in the same period last year (minus 66 percent). Capacity decreased by 61 percent. The seat load factor fell by 9 percentage points to 72 percent in the period. Freight capacity offered fell by 36 percent and cargo kilometres sold by 32 percent. This resulted in an increase in cargo load factor by 4 percentage points to 66 percent.

Centrally available liquidity amounted to 2.8 billion euros on June 30, a decrease of 1.4 billion euros compared with the end of the first quarter (31 March 2020: 4.2 billion euros).

Since the beginning of July, the Group has received 2.3 billion euros from the stabilization package. As a result of the capital increase, with which the WSF has acquired a 20 percent stake in the company's share capital, the Lufthansa Group received cash of around 300 million euros. The release of the first instalment of the KfW (Kreditanstalt für Wiederaufbau) loan contributed one billion euros, and the establishment of the WSF's Silent Participation II provided a further one billion euros.

Cash outflows since the balance sheet date related primarily to the payment of refund claims for cancelled flights. In July, the Group paid out just under one billion euros. In total, the Group has so far reimbursed around two billion euros to customers in the current year 2020.

The aim remains to maintain the global competitiveness and future viability of the Lufthansa Group. The program includes the reduction of 22,000 full-time jobs in the Lufthansa Group. The Group's fleet is to be permanently reduced by at least 100 aircraft. Nevertheless, the capacity offered in 2024 is to correspond to that of 2019. To this end, productivity is supposed to be increased by 15 percent by 2023, among other things by reducing the number of the flight operations (AOCs) to a maximum of ten in future. The size of the Executive and Management Boards of the Group companies will be reduced and the number of executives in the Group is supposed to be lowered by 20 percent. In the administration of Deutsche Lufthansa AG, 1,000 jobs will be cut. The sum of these measures should make it possible to refinance the funds of the stabilization package as quickly as possible. The financial planning of Lufthansa Group stipulates that positive cash flows will be generated again in the course of 2021. Lufthansa Group currently (as of 30 June 2020) has 129,400 employees, about 8,300 fewer than at the same time last year. The Group's objective was to avoid redundancies as far as possible. Against the background of the market developments in global air traffic and based on the course of the negotiations on necessary agreements with the collective bargaining partners, this goal is no longer realistically within reach for Germany either.

Carsten Spohr, Chairman of the Executive Board and CEO of Deutsche Lufthansa AG, said: "We are experiencing a caesura in global air traffic. We do not expect demand to return to pre-crisis levels before 2024. Especially for long-haul routes there will be no quick recovery.

We were able to counteract the effects of the coronavirus pandemic in the first half of the year with strict cost management as well as with the revenues from Lufthansa Technik and Lufthansa Cargo. And we are benefitting from the first signs of recovery on tourist routes, especially with our leisure travel offers of the Eurowings and Edelweiss brands. Nevertheless, we will not be spared a far-reaching restructuring of our business.

We are convinced that the entire aviation industry must adapt to a new normal. The pandemic offers our industry a unique opportunity to recalibrate: to question the status quo and, instead of striving for "growth at any price", to create value in a sustainable and responsible way.”

Outlook
Since the beginning of July, the Group has further expanded its flight program. This primarily concerns short-haul leisure travel. Lufthansa Group had already made the expansion of its market position in this segment a focal point of its strategy before the Corona crisis. The airlines Eurowings and Edelweiss play an important role in this context.

In July, the Group gradually increased its offering to around 20 percent of the previous year's level, with load factors of over 70 percent in European short-haul traffic.

Despite the capacity expansion, the Lufthansa Group also expects a clearly negative Adjusted EBIT in the second half of 2020 and thus a further significant decline in Adjusted EBIT for the full year. This reflects the expectation that important long-haul routes will continue to be served only to a very limited extent due to ongoing travel restrictions. 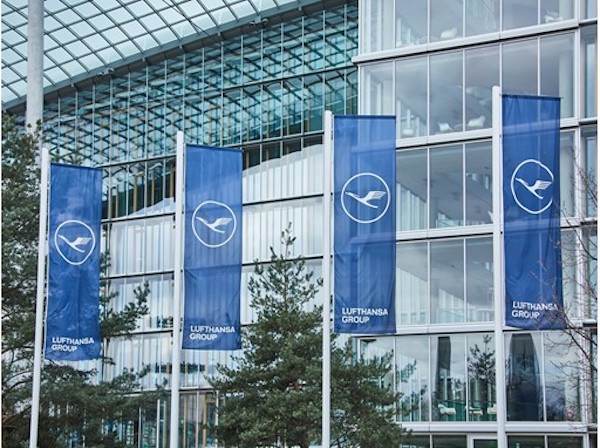