DHL Global Forwarding, the air and ocean freight specialist of Deutsche Post DHL Group, has moved two giant pandas from Chengdu, China to Ähtäri, Finland via climate neutral transportation – the carbon emissions for the flight are offset through a climate protection project. The male, Huá Bào, or Pyry by its new Finnish name, aged four, and the female, Jín Bàobào, or Lumi, aged three, arrived at Helsinki-Vantaa airport in Finland on January 18 by their own charter flight. 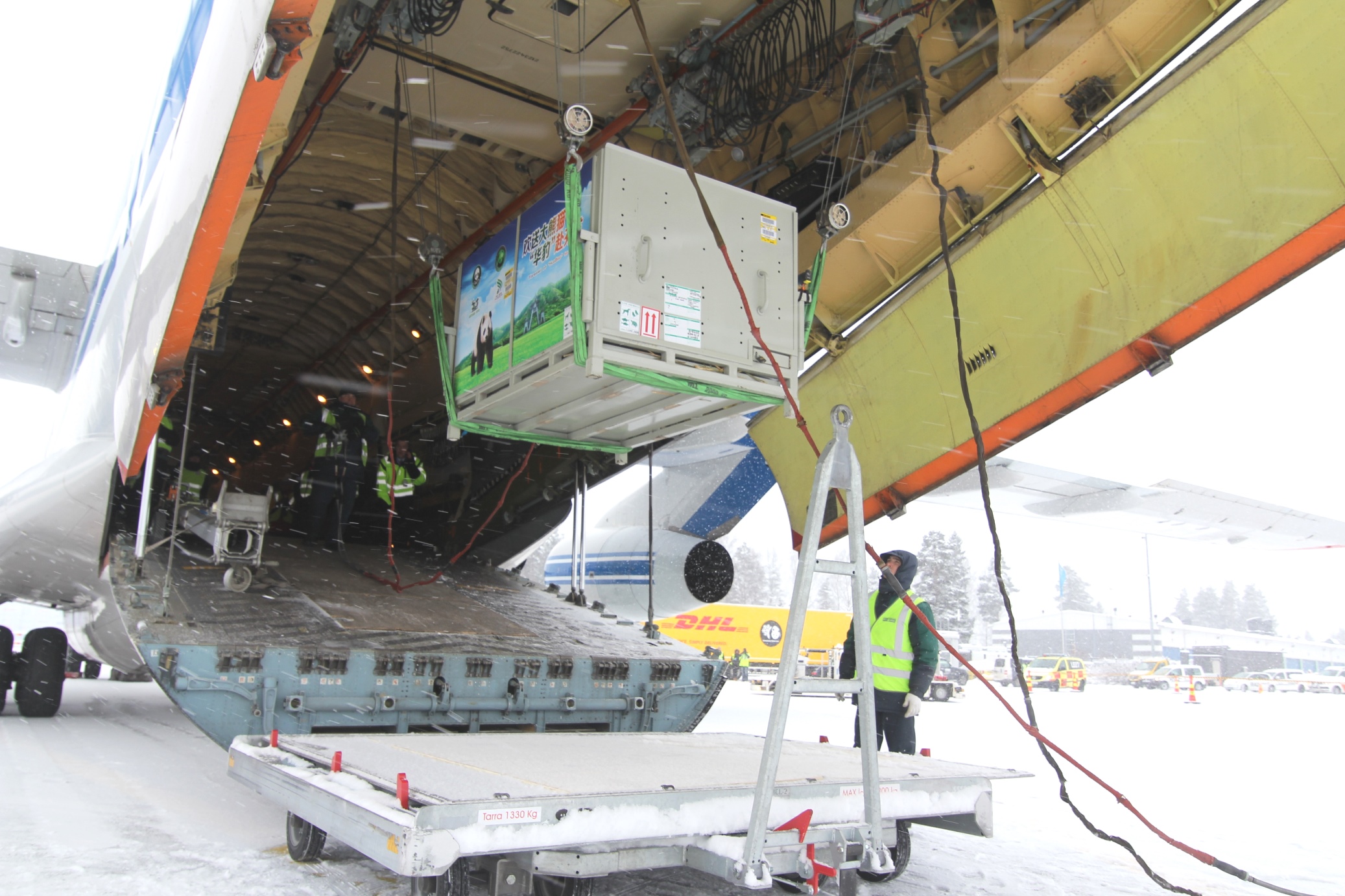 The journey of the pandas from the Dujiangya giant panda center took them first to the Chengdu airport on January 17, from where they were flown 6,500 kilometers directly to Helsinki on an Iljushin 76 freighter aircraft chartered for the purpose. They were accompanied by two animal handlers and two veterinary physicians and had a supply of 120 kilograms of bamboo on board. After the official welcoming ceremony at the airport with distinguished representatives of Finland and China, a DHL truck took them to Ähtäri, some 300 km away in central Finland, where a local ”panda carnival” had been arranged to welcome the long awaited new inhabitants of the zoo.

”DHL’s logistics skills and capabilities have been used in various endangered species conservation projects in recent years”, says Veli-Matti Qvintus, Managing Director of DHL Global Forwarding Finland. ”Planning and executing challenging transportations is part of our expertise. In the spirit of DHL’s environmental goals we made this a GoGreen Climate Neutral transport, compensating the flight emissions through investments in a certified GoGreen Climate protection project”

With GoGreen Climate Neutral service, DHL purchases carbon credits from selected projects that meet high standards, reducing emissions and benefitting local communities. The emissions for the panda flight are calculated to be 230 tons of CO2e, which will be particularly offset through a climate protection project which reduces emissions by enabling low-income families in rural Chines province of Sichuan to switch from coal to household biogas digesters. Deutsche Post DHL Group aims to reduce all its logistics-related emissions to net zero by the year 2050, and offering green solutions is an important part thereof.

Finland and the People’s Republic of China signed a 15-year agreement on joint research on giant pandas last spring. The removal of Lumi and Pyry to Ähtäri Zoo is part of the agreement.

The Finnish climate with its snowy winter is similar to that in the giant pandas' natural habitat in the mountains in China. This was one of the key reasons why Chinese panda experts chose to relocate the panda couple to Finland and Ähtäri. Ähtäri offers the pandas an environment typical for the species; this will hopefully lead to natural breeding.

The newly constructed Snowpanda house of Ähtäri Zoo - including the giant panda's indoor living rooms and an outdoor playing park - occupy some 10,000 square meters and is one of the largest in the world. Top experts from the panda center inspected the facilities in November and stated it to be the best outside of China. 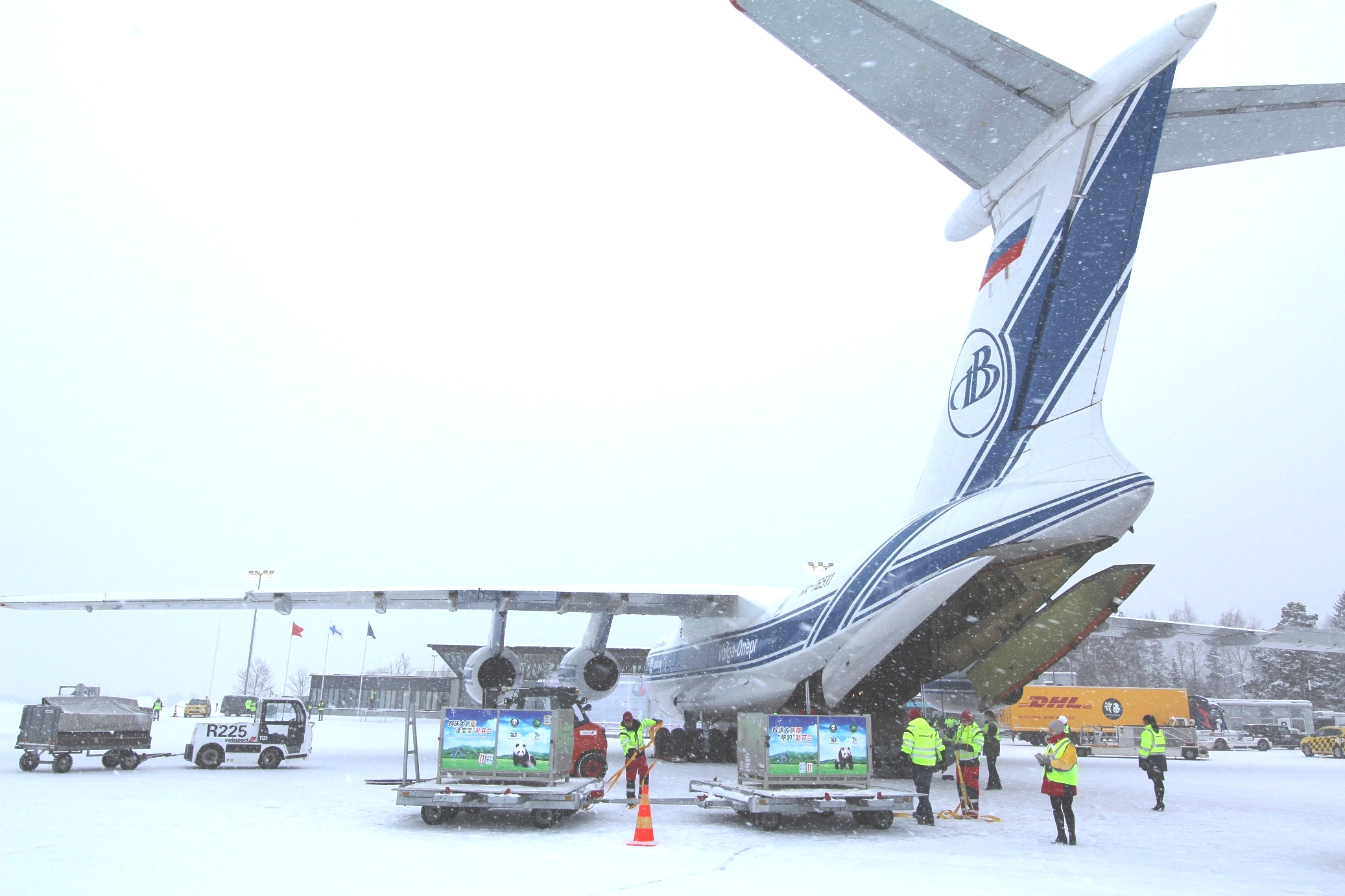 Leonardo has revealed that two King Air 350ERs, equipped as Maritime Patrol Aircraft (MPA), have gone into service with an African Navy following their delivery by the Company, which acted as prime co...

Wingcopter has been awarded the Sustainable Development Goals Spotlight prize at this year’s Open Innovation Contest of the global business and IT solutions provider NTT DATA. The category...

A lot of professionals and aviation lovers were worried on the eve of Singapore Airshow opnening. What is th situation due to coronavirus? Is it safe to come and visit the show? Were all possible...

The first time for most powerful Rolls-Royce business aviation engine