Emirates makes history with one-off A380 touchdown in Beirut

Arrival of A380 confirms readiness of airport to accommodate A380 operations

The Emirates A380 touched down in Beirut today for a historic one-off service to Rafic Al Hariri International Airport (BEY), contributing to an aviation milestone for Lebanon and its hub airport. The landing demonstrated the airport’s readiness to accommodate the A380, the world’s largest commercial passenger jet.

The special A380 flight was operated by Captain Robert Nicholls from the UK and First Officer Hasib Bu Alwan, a Lebanese national. 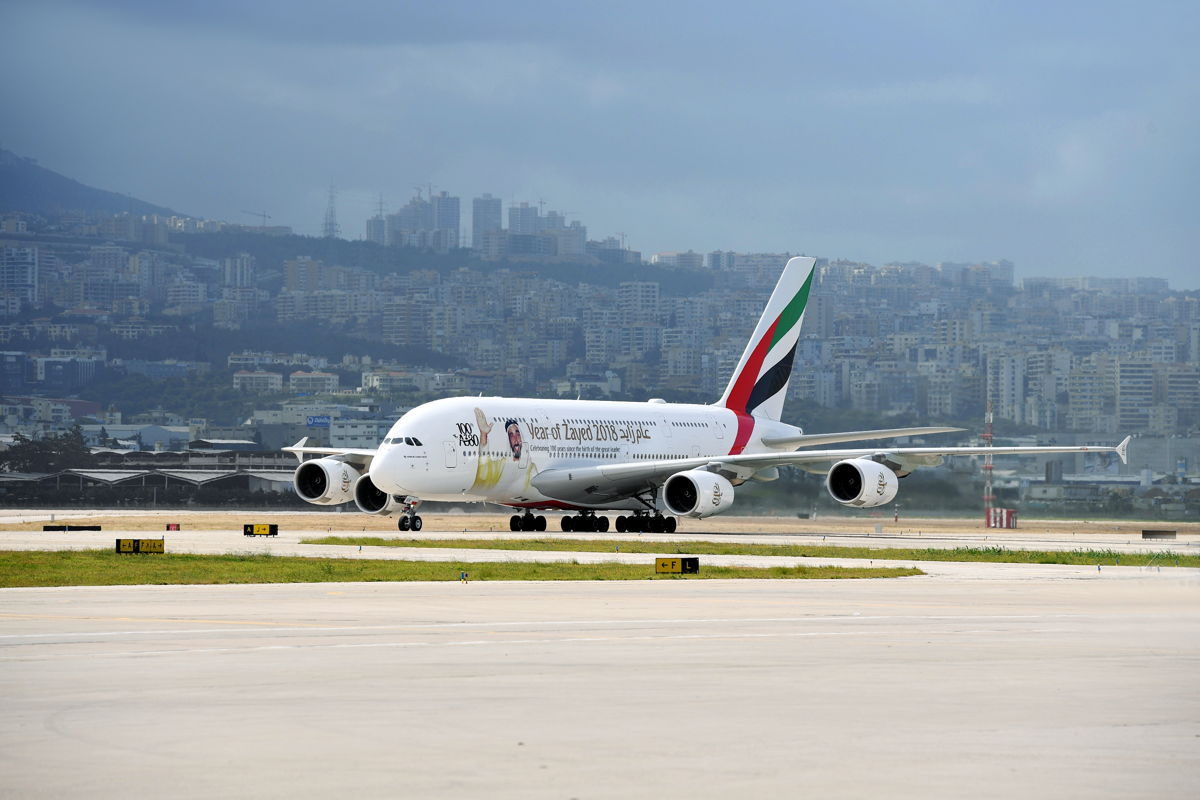 Upon landing at 1030hrs at Rafic Al Hariri International Airport the aircraft was met with a ceremonial water cannon salute, and the Emirates delegation was welcomed by H.E. Avedis Guidanian, Minister of Tourism attending on behalf of H.E. President of the Republic of Lebanon; Deputy Ali Bazzi – Representing H.E. President of the Lebanese Parliament Nabih Berri; H.E. Youssef Fenianos, Lebanese Minister of Transport; H.E. Raed Koury, Minister of Economy & Trade; H.E. Walid Al Boukhari – Chargee D’affaire of the Saudi Arabia Embassy to Lebanon, government officials and Rafic Hariri International Airport executives.  After a welcoming ceremony, government officials, VIPs, media and members of the travel industry were given a guided tour of the A380 by Emirates cabin crew, several of whom were from Lebanon. 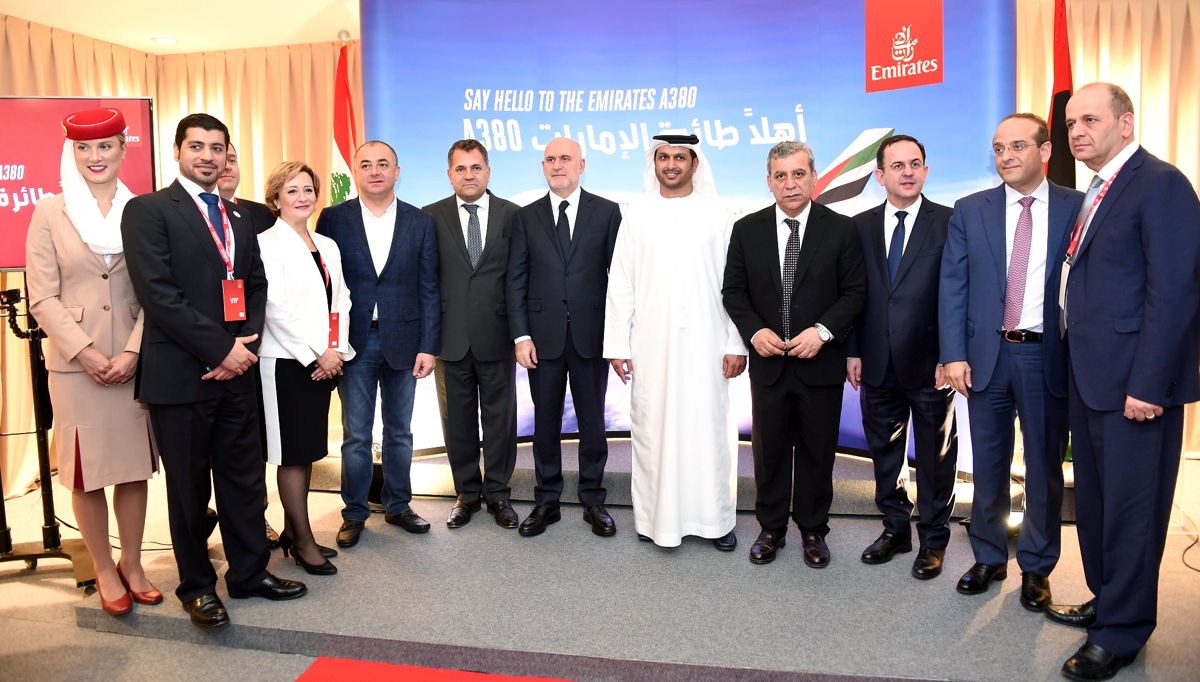 Boutros Boutros, Emirates’ Divisional Senior Vice President, Corporate Communications, Marketing & Brand said: “The Emirates A380 is fundamental to our overall strategy, and bringing this popular aircraft to Beirut represents a significant milestone in our operations to Lebanon, a country we have been serving for over 27 years and we remain wholly committed to stimulating further growth within the market. We thank the Lebanese government, the Ministry of Transport and the government authorities who have worked hard to make today’s one-off service a tremendous success.”

This year marks the Emirates A380’s 10th anniversary, and the iconic aircraft has transformed flying for over 96 million passengers on over 106,000 flights. The Emirates A380 flying to Beirut operated in a three-class configuration, with 429 generously pitched seats in Economy Class on the lower deck, 76 flat-bed seats in Business Class and 14 First Class Private Suites on the upper deck. Emirates’ A380 is renowned for its First Class Private Suites, Shower Spas and Onboard Lounge for First Class and Business Class passengers, offering a wide range of drinks and canapés, as well as space to socialise or simply relax.

Passengers travelling on the main deck in Economy Class enjoyed stretching out in seats with a pitch of up to 33 inches. Passengers in all classes enjoyed the 13 time award-winning ice in-flight entertainment system with a choice of up to 3,500 channels on-demand.

As the largest operator of the double-decker aircraft, Emirates’ fleet of 101 A380s now fly to 48 global destinations. 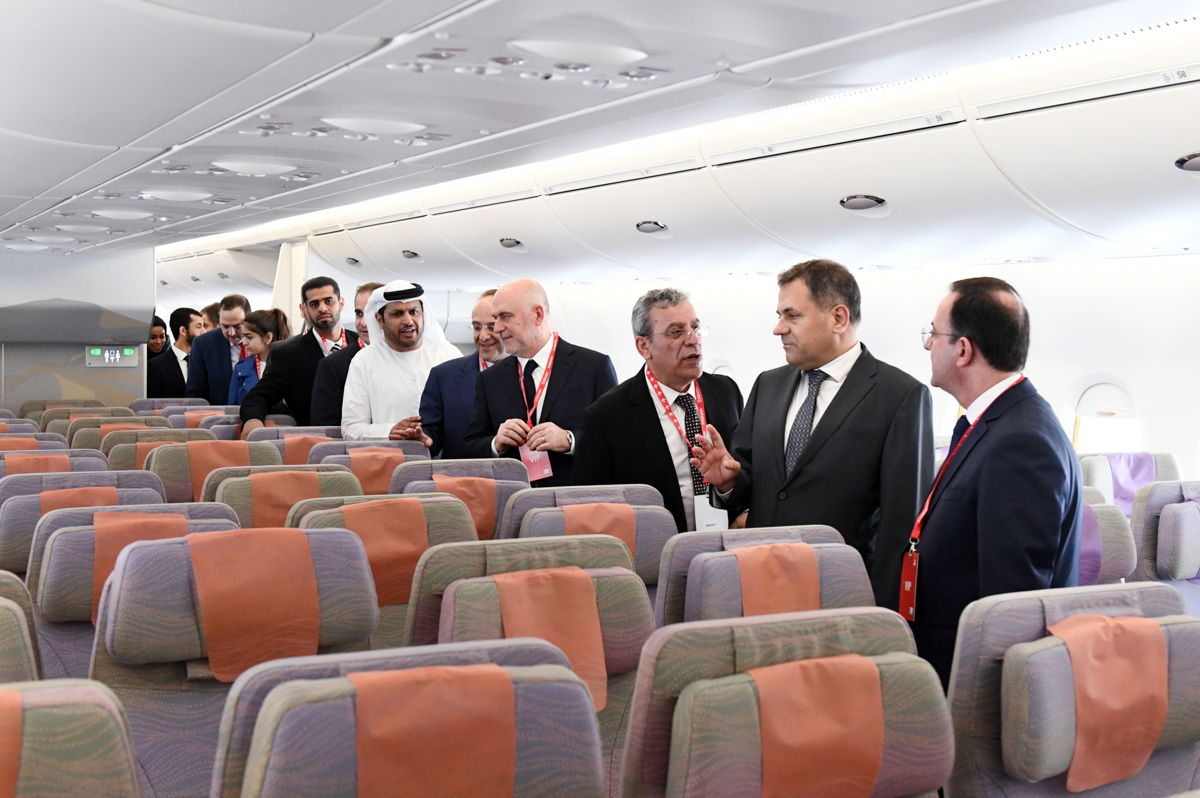 Loading comments for Emirates makes history with one-off A380 touchdown in Beirut...

RED Aircraft GmbH has just announced that its RED A03 Engine has been incorporated at the design stage of PRO-Avia’s new twin-engine aircraft. PRO-Avia is a Russian company engaged in the implem...

Starting today, Lufthansa customers can decide if they want to be tested for the SARS-CoV-2 virus before departing from or after arriving at Frankfurt airport. Lufthansa partner Centogene has opened a...