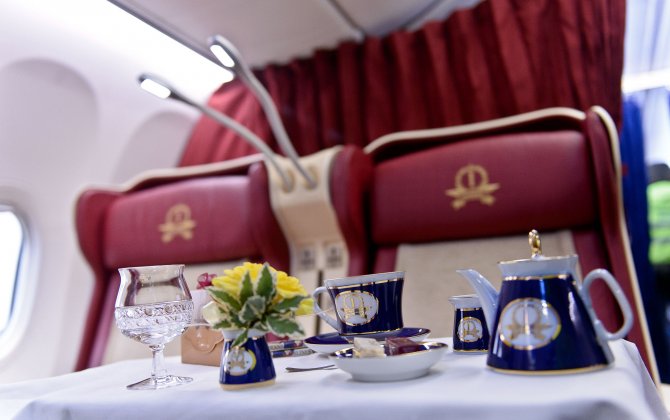 Following the signing of an upgraded air services agreement (ASA) between Russia and the Philippines, at least five carriers have flagged interest in operating new schedules between the two countries.

“We were able to come to an understanding that is mutually beneficial and . . . that significantly expands cooperation between our countries,” said Philippines’ Transportation and Communication spokesman Jose Lotilla.

Signed on Aug. 3, the new ASA is an update on the original bilateral treaty signed in 2009 and could see new schedules start in time for the northern winter tourist season.

Russian carriers Aeroflot and Transaero have both applied for slots between Moscow and Manil. Philippines AirAsia, Cebu Pacific and Philippine Airlines (PAL) have also signaled that they want to start services to Moscow, Khabarovsk and the expanding Vladivostokairport, and could expand to other destinations, including Yekaterinburg and Novosibirsk.

PAL is looking at flying to Moscow and Khabarovsk up to five-times weekly from both Manila and Cebu using Airbus A330-300s and A320s. Cebu Pacific and Philippines AirAsia have said they are also interested in Moscow, but have also added the far-Eastern city of Vladivostok to their list using either Airbus A330 or A320 aircraft.

The sudden surge of interest in the new routes reflects both the need for Russian tourists to find new destinations away from sanction-restricted Europe, and for Filipino tourist destinations to find value-hunting tourists looking for sunshine away from the northern winter.

The Philippines immigration department has upped the visa-free stay time to 30 days, from 21, for Russian tourists to make it a more attractive destination, and although only 40,000 Russians visited the Philippines in 2014, the tourism board is confident that will rise with the new flight schedules.

"Russians are . . . looking for new Asian destinations," said Valeri Ishunkin, spokesperson at the Philippine Department of Tourism. "We are starting out small, and the next step is to develop other regions."

Helicopters of the Mi and Ka brands, produced by the enterprises under the Russian Helicopters holding company, have since the beginning of 2021 taken part in firefighting operations in more than 10 c...

Rolls-Royce and DHL Express sign Totalcare agreement for A330 engines

Rolls-Royce and DHL Express have announced they have both signed a TotalCare® agreement for the Trent 700 engines that currently power the eight Airbus A330 freighter aircraft of the worldwid...

Lufthansa Group is accelerating the modernization of its fleet. New, highly cost and fuel-efficient aircraft are replacing older types on short, medium and long-haul routes. As a result, the Executive...