Norwegian’s traffic figures for 2019 show that the company is delivering on its strategy of moving from growth to profitability. The planned capacity reduction and optimization of the route network have had a positive impact on the figures. In 2019, the capacity, in terms of seat kilometer, was 1 percent higher than the previous year; a little over the previously announced zero growth. More than 36 million passengers chose to travel with Norwegian in 2019. Overall, the unit revenue increased by 7 percent, while the on-time performance was close to 80 percent and the load factor was 86.6 percent. Thanks to the airline’s young aircraft fleet, its large share of direct flights and high load factor, CO2-emissions were reduced with four percent to 69 grams CO2 per passenger.

Norwegian was awarded many international customer acknowledgements during 2019, including the highly acclaimed SkyTrax’ award as “The World’s Best Low-Cost Long-Haul Airline” for the fifth consecutive year.  “Just a few days into my role as CEO of Norwegian, it’s a pleasure for me to present positive traffic figures. Throughout 2019, Norwegian’s dedicated employees have made an impressive effort delivering on the strategy of moving from growth to profitability,” said Norwegian’s CEO Jacob Schram. 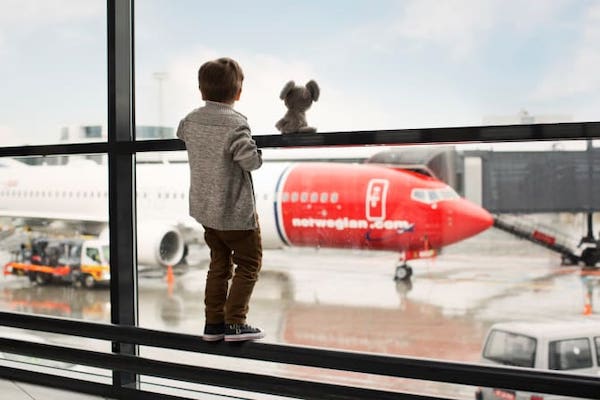 “Throughout the year, the company has worked on reducing the capacity in line with demand and worked continuously to set a route structure adapted to the large seasonal fluctuations across the industry. At the same time, emissions are being reduced compared to previous years. The ticket sales for the next months ahead are looking good, both for business- and leisure travellers. I would like to welcome all new and loyal customers on board,” Schram continued.

“I am now looking forward to getting to know the company and the employees better. In the coming weeks, my first priority will be Norwegian’s dedicated employees, as I will be visiting a number of Norwegian’s offices and bases,” said Schram.

Revenue growth in December
The last month of the year was also characterized by a significant increase in unit revenues and an improved load factor. The unit revenue increased with 21 percent and the load factor was 83.5 percent, up by 4.9 percentage points. A total of 2,255,109 passengers chose to fly with Norwegian in December. The capacity was also reduced considerably in December, in line with what the company had previously communicated to the financial market.

The company operated 99.5 percent of the scheduled flights in December, 78.4 percent of which departed on time. The company continued to reduce its CO2 emissions in November with 68 grams per passenger kilometer, a reduction of 11.3 percent compared to the same period last year. This is despite the grounding of the new MAX aircraft which has forced the company to wet lease older aircraft. With an average age of 3.8 years, Norwegian has one of the world’s most environmentally friendly fleets. Thanks to this, the company has reduced its per passenger emissions by 30 percent since 2008. The CO2 reductions would have been even bigger this month – and for the whole year – if Norwegian had included only its own aircraft in the emission calculations.