Most Punctual Airline in Europe - airBaltic

Martin Gauss, Chief Executive Officer of airBaltic: “Being the most punctual airline in Europe is a true recognition of the great job our team is doing every day. In 2018, we had another record year, while still improving the excellent service and world leading punctuality. This shows that our passengers can rely on us.”

John Grant, Senior Analyst for OAG: “airBalticcontinues to provide the best on time performance of any airline based in Europe achieving a very respectable 89.17% operating on time; which in the global rankings secured second place. For any airline to consistently achieve the levels that airBaltichas over the last four years reflects a real focus within the company on this key indicator, especially whilst both introducing and being the launch customer for the Airbus A220-300aircraft.”

According to OAG, in 2018 airBalticachieved an on-time performance rating of 89.17% for flights linking the Baltics to its network spanning Europe, Scandinavia, CIS and the Middle Least. It means that more than 89 out of 100 airBaltic flights arrived on time in 2018.

airBalticserves over 70 destinations from Riga, Tallinn and Vilnius, offering the largest variety of destinations and convenient connections via Riga to its network spanning Europe, Scandinavia, the CIS and the Middle East. For summer 2019, airBalticwill launch new direct routes from Riga to Dublin, Stuttgart and Lviv. In addition, next summerairBaltichas introduced three new destinations from Tallinn to Malaga, Brussels and Copenhagen. 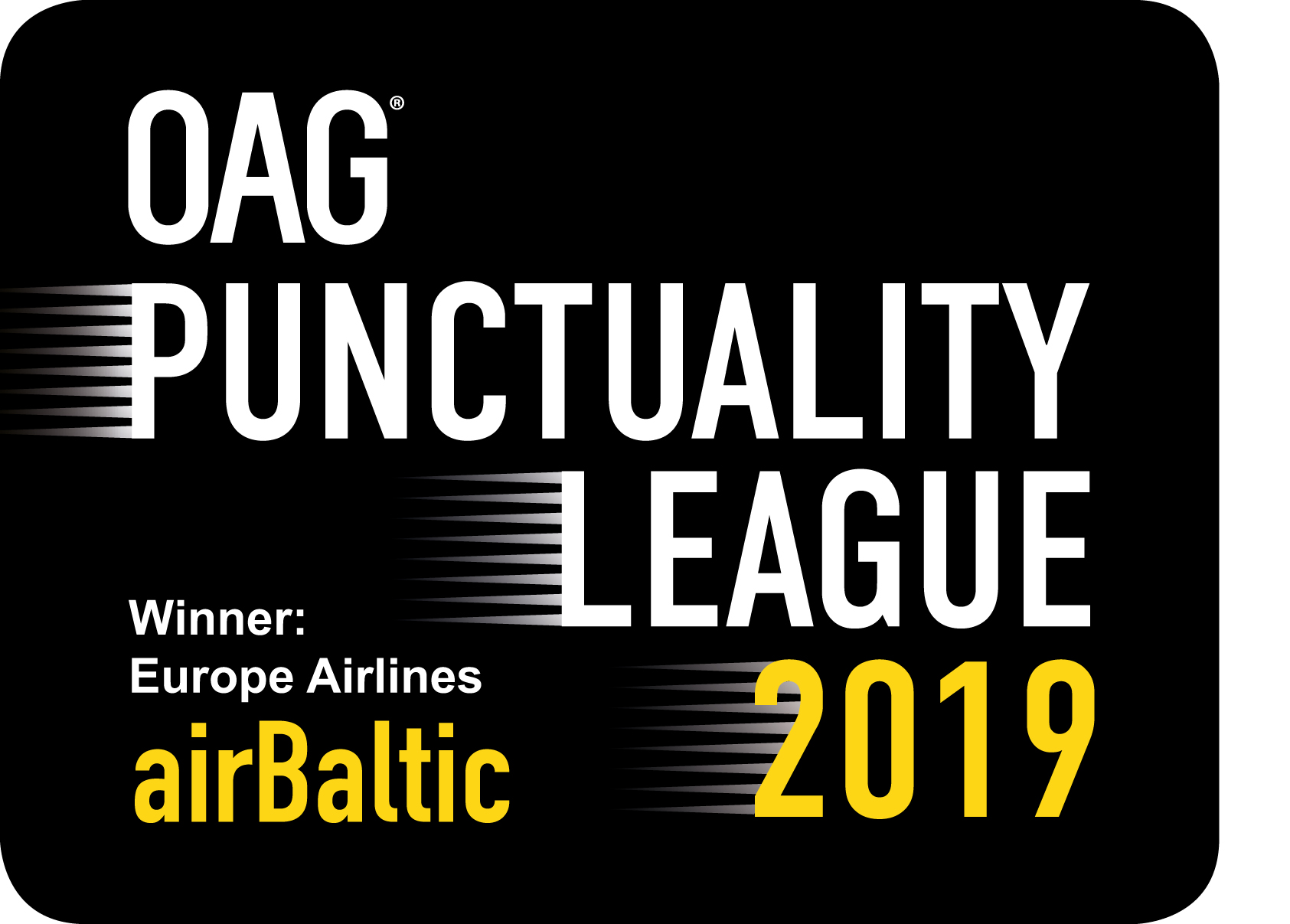 Loading comments for Most Punctual Airline in Europe - airBaltic...

Delivery of the second Airbus A321LR to the German Air Force

Following the ceremonial handover of the first aircraft in June at ILA Berlin, Lufthansa Technik also delivered the second Airbus A321LR (Long Range) to the German Air Force with a transfer flight fro...