KLM Royal Dutch Airlines introduced its unique orange-coloured Boeing 777-300. The well-known KLM Blue is being combined with orange highlights. The transition between the two colours features aspects of the Dutch flag. The combination emphasises KLM’s Dutch roots and pride in the national colour of the Netherlands.

The introduction of the special aircraft was partly prompted by a social media post KLM published on King’s Day 2015. At the time, KLM’s followers were presented with a picture of an orange aircraft, along with the question: “Should we colour orange next year on King’s Day? #OrangeExperience”. 30,000 likes and 2,500 positive responses later, KLM rolls out its only orange aircraft today. 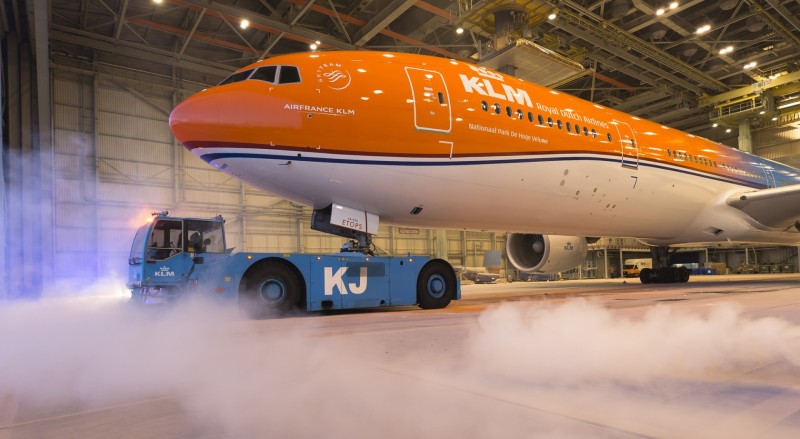 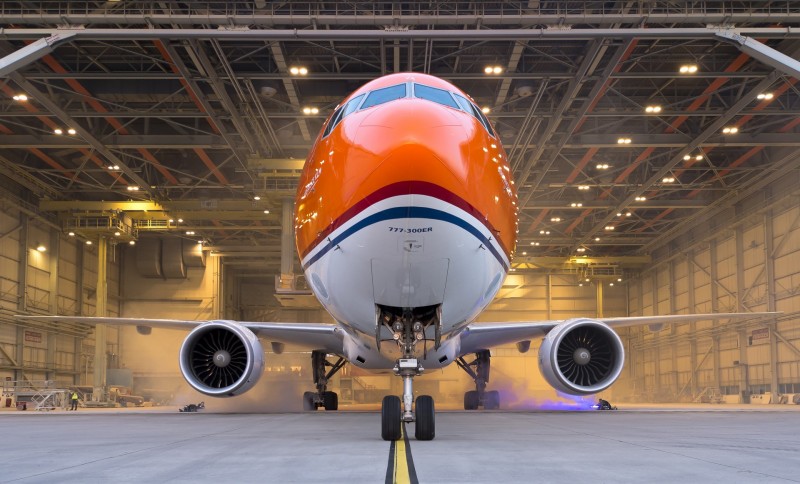 KLM will deploy the orange Boeing 777 on routine flights within the network and, whenever possible, during events that offer opportunities to promote the Netherlands. The aircraft will debut this summer and will be in operation on the Rio de Janeiro-Amsterdam route during the Olympic Games. On 22 August, KLM will use its orange Boeing to operate the “Medal Flight” that brings the Dutch Olympic heroes home. 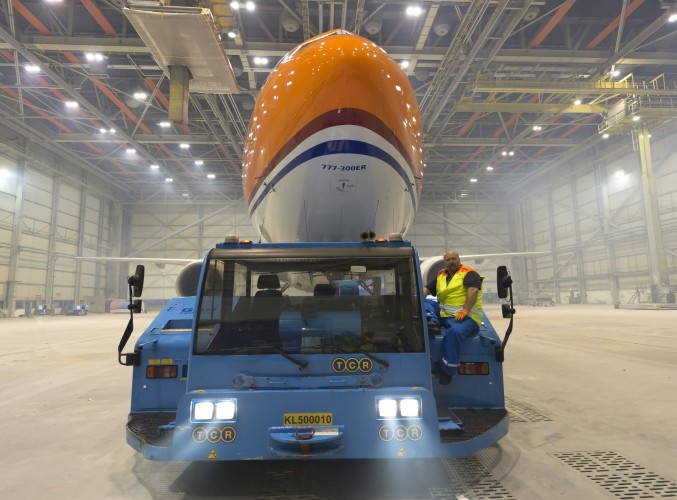 Painting procedure
335 litres of paint were used to spray the aircraft orange fading into KLM’s distinctive blue. Applying the colours in multiple, thin layers, requires less paint and the sustainable, chromate-free paint can be easily washed off. The colours of the Dutch flag have been incorporated in the transition between orange and blue, completing the aircraft’s Dutch image. It took a team of 35 people four days to spray on the orange livery. 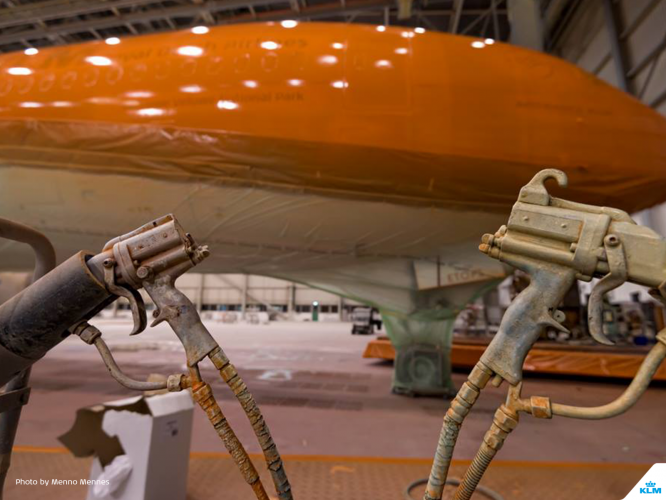 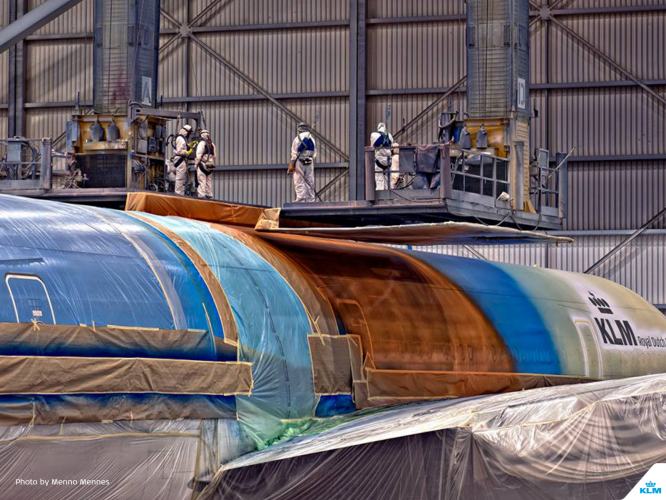